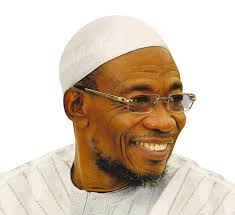 By Olusegun Emmanuel, Abuja.The Osun State chapter of the All Progressives Congress (APC) said it has uncoverred new plans of how the Peoples Democratic Party (PDP) allegedly intends to rig the 9th August 2014 governorship election in the state.A statement by the Osun APC’s Director of Publicity, Research and Strategy, Barrister Kunle Oyatomi, said the latest rigging method is allegedly centred on the use of members of the National Youths Service Corps (NYSC) who will be used as ad-hoc staff in the election.The statement stated that, “the PDP has penetrated the ranks of the youth corps members recruited for the exercise. Already, 70 of them have been compromised to look the other way when PDP agents use other people’s voters’ cards to vote.It will be recalled that the APC had brought to public knowledge, the criminal actions of PDP buying up voters’ cards which they intended to use for rigging purposes during the election on August 9.“According to credible information reaching the APC, 96 of the youth corps members were invited to a closed door meeting with PDP officials last week, but only 74 attended, during  which the corps members were told to disregard the difference in facial appearance between the voter and the picture on the computer record and allow the mercenary voter to cast his/her vote.“However, sensing that this could be dangerously problematic, one of the corps members allegedly asked: ‘suppose party agents discovered and raised alarm?“To which question the PDP officials were reported to have replied; ‘don’t worry about that, the security people will deal decisively with any troublesome agent’.According to the statement, “in that meeting, the PDP distributed N20,000 each to the ‘corpers’ and promised N30,000 more when the next meeting holds. The next meeting according to APC sources, will hold in few days in Ile Ife.“It was revealed again that the reason PDP is investing on this method is that at the apex of the Independent National Electoral Commission (INEC), the party was told that snatching ballot boxes and stuffing them with already thumb-printed ballot-papers would not be permitted. INEC had insisted that PDP should look for the voters and make them vote.“To effect this, the PDP is reported to have adopted two methods; beef up the number of uniformed men from other states to 150,000 and spread them across the state to vote by force; and produce as many other mercenary voters as they can bring to the polling units to cast votes with other people’s cards.“The first method was successfully used in Ekiti in conjunction with preventing media presence in several collation centres where collation of votes were allegedly manipulated in favour of the PDP.“In all these, the alleged complicity of INEC in corrupting and manipulating the process was palpable.“With this secret let out of the bag, youth corps members acting as electoral officers will now come under close scrutiny during the election and party agents and observers will be further armed with this information to prevent PDP fraud at the polls.”