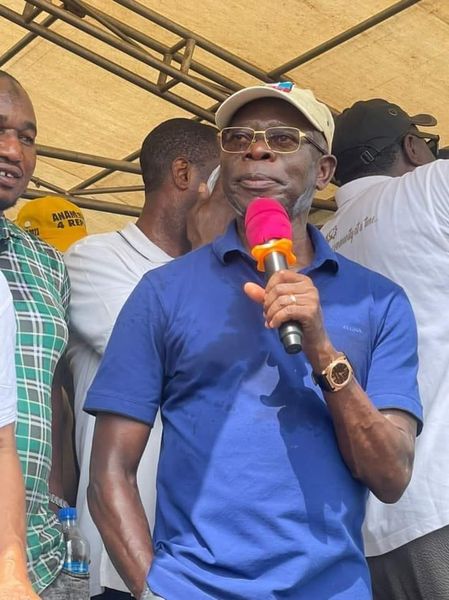 (News investigators) Major concerns that should be on the minds of the majority of citizens in the run-up to the 2023 general elections are who should represent us the people and ensure our development by default.

We must put our feelings aside and learn more about how to shape our default system. Since Nigeria’s default system is essentially by default, the recipient is not to blame.

Every citizen is conscientious of his or her actions because of factors such as religion, culture, the economy, morality, and others. Most of the time, we follow these, so they play a role in the default system.

I would explain the default theory and why Adams Aliyu Oshiomhole is the best candidate for the Edo North senatorial district seat.

Most of what we say is nepotism, for example, may simply be the fault of the default system and not a concerted effort to be nepotic.
If I am given an appointment and I feel the need to put it in the best hands, I may go around looking for whom I trust, and in order for me to trust them, I must first know them, so by default, I return to my roots and select a few I trust. They are from the same circle or region as me because we have a shared history.

Then I charge the disciplines I’ve chosen, the majority of which are by default from my childhood, or CLAN to find more hands to help get the job done.

Now, these disciplines return to their roots in search of those they can rely on to join forces, and the default system returns. So, in the end, we may see more people from my background or clan taking on that position and its extension, but it was not a concerted effort.

This explains why, in any major business, people from the CEO’s zone are more likely to work for the company; if you go to the campaign office of an aspirant, you will notice that the majority of those working there are from the same geographical region as the aspirant; this is by default and not a nepotic motive. The DEFUALT SYSTEM is strong in Nigeria.

Nigerians must elect people who have a default system of service and performance to the people.

So, what ties the default system to Adams Oshiomhole? The distinction is that Adams, as a labor leader and former executive governor of Edo State, has demonstrated that he is proactive, pro-people, and a first-rate performer. So, if Adams’ default system is applied, it becomes a case of the total package for his Edo North people, Edolites, and Nigerians as a whole.

Adams would not only help his people develop more, but his background also makes him more likely to support good laws and policies that would speed up Nigerians’ development. Therefore, we as a people should take into account the DEFAULT system of character that is in the DNA of the candidates when we go to the polls and decide who would lead us to the next promised land.

We have done our best as voters if we elect people who are DEFAULT in terms of performance and proactivity. Today, Adams Oshiomhole has transformed the ancient city of Benin into a modern city, and Auchi is one of the fastest growing towns in West Africa, thanks to Adams Oshiomhole.

Look at the Labour Union, when Adams Oshiomhole was President, the FG was on their toes, even when Obasanjo was at the helm of affairs, a retired general who saw his domestic rivals as military enemies, Oshiomhole still had his way on behalf of the COMMON MAN, today the NLC is a dead horse and is not taken seriously by Nigerians.

If Edo North needs to accelerate development and Nigeria needs to improve its rule of law, Adams Aliyu Oshiomhole is the best bet for Edo North Senatorial District. By default, Edo North, the South-South, and Nigeria would benefit the most.

If not Adams Oshiomhole then who?

Osigwe Omo-Ikirodah is the chairman and Ceo of Bush Radio Academy.