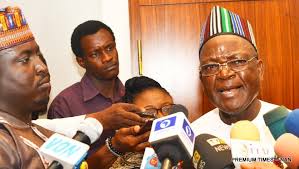 News Investigators/ Gov. Samuel Ortom of Benue has signed the 2022 budget of N155.6 billion into law.

Mr Ortom signed the budget on Friday in Makurdi.

The governor promised to adhere strictly to the provisions of the budget.

“I will not do anything outside of the provisions of the budget.

“Even if the state needs additional funds we will recourse to the assembly for virement or supplementary budget,” he said.

He said that his duty was to implement all the laws passed by the assembly to the latter.