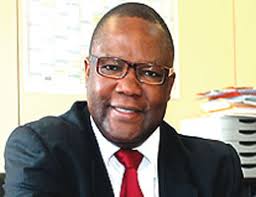 TODAY concludes the piece I wrote in this Column last week in response to one Abdullah Musa Abdullah who accused me of being a hate-monger.  His confused and unlettered attacks, he declared that I had no right to talk of genocide in contemporary because such crimes appertain only to states.

He gave examples of the Spanish Conquistadores in Latin America; America against the native Indians; Australia against the Aborigines; the Nazis against the Jews; and the more recent Burmese against the hapless Rohingya Muslims:

“How can someone who became a Deputy Governor of Central Bank of Nigeria write of genocide in Nigeria? …I am not a historian, but I believe that genocide is either a state policy or abetted by the state as is currently going on in Myanmar.”

In his selective historical memory, Abdullah predictably makes no reference to the genocide committed by the Ottoman Turks against the Armenians – the first genocide of our twentieth century.

Our friend has apparently not come across Article 2 of the United Nations Convention on the Prevention and Punishment of the Crime of Genocide 1948. Genocide can be committed not only by states but also by organised as well as militarised gangsters.

The horrible genocide against the Tutsi of Rwanda was committed by Hutu militias at a time when there was no government to speak of. Lest we forget: Genocide involves targeting a specific group with the intent to wipe off every trace of their racial, ethnic or religious-cultural identity.

The atrocities committed by Boko Haram against Christian communities in the north east and by herdsmen militias in the Middle Belt are patently genocidal in intent and character.

To be sure, Muslims have also been victims, but the sheer thrust of the strategy of eliminationism has been directed mainly at religious and ethnic minorities.  I submit that those who do such things know neither God nor Humanity.

Our friend inferred that I mentioned the gang-up against the Fulani in their ancestral homeland of Guinea so that others in Nigeria could take the cue and do likewise. I have no such sinister motives.

I only made reference to that judicial fact so as to explain the psycho-sociological roots of the Fulani obsession with Nigeria as contrasted to their indifference to countries with significant Fulani populations such as Mali, Senegal, Niger, Gambia and Cameroon.

I insist that the Fulani worldwide seem to have this delusion that our country is their patrimony by rights. The forget one of the biggest lessons of history, that those who are relative late-comers owe us a duty of humility, not arrogance.

The message I have for people like Abdullah is: Please, wake up, Nigeria is dying! People are dying and you prefer to play the ostrich. Either you have no conscience or you are tacit or even active conspirators, in this genocide against my people. History will judge you. These people are like infants playing with fire; oblivious of the fact this fire could transmute into a conflagration that consume our entire country.

Even our National Assembly – a branch of government not reputed for its commitment to morality or public ethics — has recently condemned the killings in Benue, Taraba and as far as Birnin Gwari, Zamfara and Mubi. It is rather patronising of Abdullah to say that the Fulanis “promoted” the General Danjuma and made him what he is.

I have heard such nonsense on stilts – such balderdash. Theophilus Yakubu Danjuma has sacrificed far more for the Caliphate than they could ever repay him. He could have taken the presidency on a platter but he never wanted it.

Our friend is perhaps ignorant of the fact that Danjuma’s Kwararafa people conquered Kano for two centuries. If he is in doubt he should consult elder statesman Tanko Yakasai.

I was born in a small missionary village within the catchment of the ancient Nok civilisation whose origins date back to Pharaonic  Egypt. We are the true Nigerians.  Without us Nigeria would have disintegrated like  a house of cards. As a young lad, I grew up tending cattle with my childhood Fulani friends Lawal and Bello. If there is anyone who hates Fulanis, it cannot be me.

People of Abdullah’s ilk are so bigoted that they do not even remember that the founder of the first northern cultural and political movement was Russell Aliyu Barau Dikko, a Fulani Christian and  first medical doctor of northern extraction. He founded  Jamiyar Mutanen Arewa while his wife Mama Barau Dikko founded the women’s wing, Jamiyar Matan Arewa.

It was at the 1959 Jos Congress that men like Ahmadu Bello Sardauna of Sokoto and Abubakar Tafawa Balewa conspired to remove Dr. Dikko as their leader.  They have all but expunged his memory from the hall of Northern political fame; with the only monument being the name of  the hostel for medical students in Zaria.

In fairness to Sir Ahmadu Bello, he was generous enough to embrace leading northern Christian leaders among his inner circle. This was probably because his own mother was a former Jukun slave concubine of his father Ibrahim Bello Sarkin Rabah.

His closest confidantes were the likes of Michael Audu Buba, Reverend David Lot and Amos Awoniyi; while his most trusted personal physician was a devout Christian, the distinguished  prize-winning medical scientist Professor Ishaya Shuaibu Audu. The pretenders to his legacy have been a bunch of selfish, wicked, corrupt, narrow-minded little men.

Abdullah and his ilk are suffering from what psychiatrists call “transference”. In an age when our latter-day Salafi neo-fascists consider it haram even to smile at members of another faith, those who live and breathe hatred are the first to accuse others of the disease. Such is the character of evil in our time. In all this unedifying conversation, I have received very strong messages of solidarity from Kanuri Muslims.

One of them, Ramat Shettima, wrote: “Kanem Borno resisted the evil plans of the Fulani to Islamise Kanuri people as already Muslims (sic)….the only reason for the Jihad just as it happened to the unsuspecting  and naïve Hausa communities was to enslave the entire northern people….Benue, Taraba and Plateau people must be united against the coming progrom….Let us be united against this tiny tribe which uses Islam to kill others. We the Kanuri will not accept this evil.”

I also received an email comment from a brilliant young northern Muslim woman. She is from a wealthy and highly influential family and her identity must be protected. She wrote, and I quote:

“I just finished reading this column and I must say you spoke the truth. Your knowledge of history should really put professional historians to shame. The Jihad of Usman Danfodio was a religious cum political ideology executed to entrench a political/ethnic hegemony….The Habe Hausa people were already practicing Muslims many decades before the coming of the Fulani…the Fulani were smart in abandoning their language and culture to embrace the Hausa tradition…In recent times, there is a subtle and incipient rejection of the Fulani within the ethnicities that inhibit the far north. The Pullo themselves are making the situation worse. If you follow the news, you may have heard of the uncomplimentary comments made by some notable Fulanis reasserting their Fulaniness as the purest form of mankind. These comments are infuriating the Hausa…”

To our latter-day genocidaires, I have only one message:  You are labouring under a curse. Far from invoking fear among our ancient warrior-tribesmen, your bloody swords invoke only our contempt.

As Holy Scripture warns, those who live by the sword will die by the sword; and those who sow to the wind will surely reap the whirlwind. And when the children of light prevail, as surely as they must; all of us – Igbo, Ijaw, Hausa-Fulani, Yoruba, Ibibio, Christians and Muslims – will work together as children of God.

THE AUTHOR, MR. OBADIAH MAILAFIA WAS A FORMER PRESIDENTIAL CANDIDATEY AND FORMER DEP. GOVERNOR OF CENTRAL BANK. OPINION EXPRESSED HERE A SOLELY HIS OWN