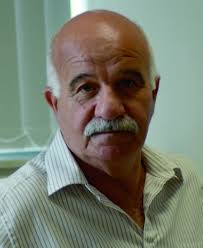 “The truest characters of ignorance are vanity and pride and arrogance.”
Samuel Butler

Most Maltese are unaware of the heavy price that we have to incur in the coming weeks for the enormous cost being borne for the holding of the CHOGM (Commonwealth Heads of Government Meeting) in Malta. Of course, besides the pecuniary issue which many are guessing it would go over 10 million Euros, one must also consider other issues, including the loss of studies, work, mobility and a hundred other inconveniences.
For one, while noting the undignified stance taken in the forced closing down of our University, Alternattiva Demokratika, quite rightly, also deplored the closing down of all our schools.

Our members of government could have done much better to heed the remarks, uttered much earlier by our Prime Minister Muscat when he had expressed his doubts to the holding of this event, or rather ‘non-event’, way back in 2003, especially on its cost estimates. And he had further continued: “I will not go into the questions on whether our country affords or needs to host such a summit. What I really think is essential is for the government to tell us what it budgets to spend, as we (Malta) will have to fork this out of public coffers in order to finance this summit”. While doubting the benefits to be derived for Malta, he had stressed that “the costing of the event is the minimum information that everyone would expect”. The costs of the 2005 summit topped the €7 million mark. Unfortunately, today we seem to be in the same situation of ‘irresponsible behaviour’.

This year’s Budget did not give any importance to or mention of this event, and there are no official costs attached to the hosting of this conference. If not mistaken, the amount of 4.5 million euros had been set aside for the hosting of this event earlier on, which funds will be administered by the Office of the Prime Minister. Would we again be topping this non-event to the tune of over 10 million Euros, Your Honour?

When Sri Lanka held the last CHOGM summit in 2013, their External Affairs Ministry maintained, in a most assertive way, that there would be no importation of foreign luxury cars and that all transportation of foreign officials would be rendered by government cars, so as to curb, as much as possible, the expenses for this event. It further added that all expenditure had to be met from its existing budgetary provisions and additional funds for the purpose would not be resorted to. Your Honour, why are we so quick to copy other countries, sometimes in irrelevant mandates, and then ignore other practices which are evidently more thoughtful and beneficial?

In our case it is totally the other way round as such a step even went totally disregarded by any Maltese officials attending that event. We seem to be much richer and evidently we have reverted to the time when ‘money was no problem’, while sadly the mountain of billions in debt is getting higher.

One thing is, of course, certain. Whatever the colossal cost of this event, it will have to be borne by the people of this small country!

On the other hand one must, after all, consider what all this is in aid of, and what is the aim?

The Commonwealth is neither structured nor coherent. It has has since long lost its importance and relevance to heads of governments and many define this summit as an emblematic carnival of pretentious monarchs and lackeys. Personally, I do not see it as such. I view it as a circus organised and performed by the decadent British empire, in simple terms – a British colonial relic! Well, after all, didn’t Britain ditch it for Europe?

This says it all. No further comments required.

Evidently no longer a waste of money, this opportunity to parade was not to slip the attention of our prime minister. He simply jumped on the bandwagon after Mauritius, an island state close to the African continent, opted out because of financial constraints and on the excuse of consideration of human rights abuses in Sri Lanka, another Commonwealth country.. For the local government and for our gullible folk, this may transmit into a local cheap win, but in the eyes of other countries we appear banal and dim-witted.

There aren’t many things that I delight in more, as a journalist, than turning up stones to find meanings, designs and perspectives of hidden agendas, and this issue presented no difficult challenge. As most know, this CHOGM will be electing a new Secretary-General. And who, may I ask, would that be? Want to bet? None other than our Most Honourable Prime Minister! If you don’t believe me ask Sir Ronald Sanders. He knows better! Our humble prime minister would succeed in his attempts to show off his new clothes

Hopefully, all is well if it ends well, and soon this whole charade would be forgotten like the other one before it, except for the pride of having a Secretary-General and the vast debt hole in our coffers.
Well, forgive us lost lambs for our lethargic response. Oh how stupid can this country be!!

“A man’s pride can be his downfall, and he needs to learn when to turn to others for support and guidance.”
Bear Gryllis
November, 2015