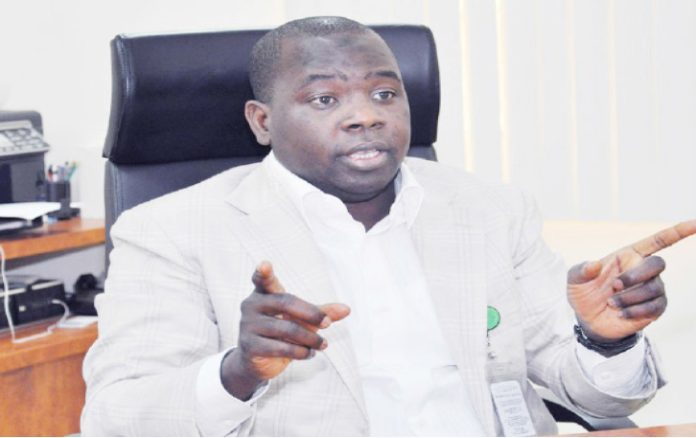 By Sule Bello Pindiga
In every election, everyone that could help in improving the chances of one (or a party) winning an election is needed. Everyone counts in order for the votes to count in your favour. There is nothing like a big cat or a small rat. From those who command influence in a party or community, to those electorates who only queue up on election day to cast vote to their preferred candidate, everyone is important.

In the build up to the 2023 general elections, developments within the opposition PDP in Gombe state prove the glaring crises the party is faced with. The situation of the party at this time is worst than what the party was confronted with in the 2019 elections. In 2019, only a camp or two were alleged to be the major contributors to its defeat.

Then, the party is fragmented along the Dr. Bala Bello Tinka’s camp and that of Dr. Jamilu Ishiaku Gwamna. These two camps have been relevant in the politics of Gombe state and particularly have a role to pkay in determining the fate of every guber candidate in the state. In 2019, Tinka was the DG campaign for PDP. He pulled out and pitched his tent with the APC weeks to election. Dr. Jamilu Gwamna would have emerged PDP guber candidate had fair primary was conducted. He had the support of the majority of party stakeholders. His defection didn’t only affect the guber candidate of the PDP but virtually all the party’s candidates.

Let me digress a bid to reflect on what made it so easy for Governor Inuwa Yahaya to be elected in 2019 (though he was the most popular and most accepted candidate then). Majority of those who contested the ticket alongside the incumbent supported him after their defeat. But why did they do that? The governor carried them along and had held them with greatest regard unlike what’s happening in PDP today.

The Gombe PDP is desirous of victory, but if recent development is anything to go by, the party is only in for another round of defeat. How can PDP win Gombe. Not this time when the party is in its most disorganized form. A house divided against itself cannot stand. It is divided and confused than at any other time in history. The party has failed to create a mechanism that could solve internal crisis in order to have everyone involved in the project of delivering victory in the forthcoming elections.

And the foundation for its fatal failure was laid by no other person than the governorship candidate, Jibrin Barde, whose caustic vituperations and outburst against PDP stakeholders have continued to widen the gap.
First, in a series of audio, the party’s guber candidate didn’t only accused those he contested the ticket with of being against his victory, but went ahead to throw at them, insults and regarding them as irrelevant people. He had boastfully declared that with or without them, his victory is certain. In fact, Barde openly and disdainly said he did not need them, their support and that of their people to defeat the incumbent. He alone can do it. In fact, he threatened to remove their names from the Governorship Campaign Council list. What an arrogance. For a party that is gasping for breathe particularly with the record of achievements of the ruling APC in the state, stooping ought to be a virtue. But not for Alhaji Barde who is hell bent on a disastrous journey of a political defeat that may spell permanent doom for opposition in the state. But then, not many would be willing to journey with him on his desperate road to political perdition.

To be clear on this, Barde had gone ahead to describe a serving member of the National Assembly seeking re-election under his platform as someone who does not understand English (meaning he lacks the competence and the capacity to represent his constituency). What has understanding English got to do with election victory in a Hausa speaking state. Though, some have pointed to a long time grudge between them but what good reasoning dictates is for Barde to mend fences not to pull down the pillars. In any case, how can Alhaji Barde, a governorship flagbearer who has never won any major election before be dismissing a former House of Representatives member with record of election victory. Certianly the legislator does not deserve such kind of treatment.

Right now many PDP stakeholders of the party have zero interest in participating in any activity that has to do with its guber candidate. Some have selected candidates to support if only they’ve decided not to leave the party but would never support the guber candidate because they don’t see any benefit in doing that. Their fear is; now that he’s seeking for mandate, they are being treated as less human, think of the treatment that awaits them should he win. The option is clear, party or no party, some would rather turn their vote for an Inuwa, whose second nature is meekness. Of what value is a vote cast for an emperor in a democracy? It is better to learn from history rather than be naively fall victim in the name of political correctness.

The general feeling in Gombe PDP today is despondency. The feeling that those who ideally should strive and work for the victory of the party would fold their hands since they were referred to as “useless and irrelevant”, and can’t even “deliver their polling units”. It is sad but also true allowing those who boasted of knowing everything about politics to do it by themselves is deservedly a sure but bitter lesson for Barde and his likes in Nigeria politics.
Sule write from Pindiga, Gombe State.