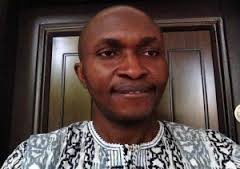 History repeats itself, first as tragedy, and second, as farce. -Karl Marx

On Monday, February 19, 2018, Boko Haram insurgents invaded Government Girls Science Technical College in Dapchi, Yobe state, abducting 110 of the 906-student population. It was yet another tragic day for a nation that is yet to get over a similar incident that took place on April 14, 2014 in Chibok, Borno state, when the insurgents invaded Government Secondary School, carting away as ready luggage 276 schoolgirls.

Sadly, both incidents happened in similar historical circumstances, which accentuated lax security that made the wholesale abductions of the schoolgirls possible without the slightest resistance. The girls were left to save themselves. That is what makes the first incident, in Chibok, tragic and the second one, in Dapchi, farcical. The nation apparently failed to protect the schoolgirl when it mattered most. It also failed to harness the lessons from the mismanagement of her security architecture and intelligence in Chibok to avert a recurrence in Dapchi.

The Chibok schoolgirls abduction was so heartbreaking that it elicited an emotional reaction from a bewildered Dame Patience Jonathan, wife of the then president, whose husband was pondering over the 2015 presidential election. Her there is God o riposte to the inability of officials, who should have known what happened, to give credible explanations about the seamless invasion and movement of the schoolgirls under their watch, was to subsequently turn her into a butt of hilarious national joke in the social media. Dame Jonathan was derided for showing empathy to the victims and their parents.

Understandably, the government did not initially believe the report, given the number of the schoolgirls involved. It concluded that the movement of the children was a result of some collaborative enterprise to blackmail it ahead of the 2015 presidential election. The All Progressive Congress (APC) government in Borno state acted in curious ways that portrayed it as a collaborator in the grand design to embarrass and promote a campaign of calumny that fitted perfectly into the agenda to de-market the PDP-led federal government.

The sustained narrative that the administration was clueless and unable to provide national security was part of the overall agenda to demonize it. Dame Jonathan saw through the mischief and, apparently helpless, became lachrymose. The decision by an opposition state government to encourage the West African Examination Council (WAEC) to disobey a security directive not to use Chibok as examination centre rendered the state government complicit. But because national security matter is within the purview of the federal government, it did not matter that the girls were taken from Chibok village; what mattered was that the nation under the Jonathan administration was unsafe and the president was vicariously liable.

The APCs propaganda machinery went haywire with the mantra that the administration was incapable of protecting the lives and property of citizens. Muhammadu Buhari was, in approbation, positioned as a capable alternative to Jonathan. Coupled with the theme of corruption to drive its campaign, the opposition succeeded in preparing the grounds for Jonathans rejection at the 2015 polls. That precipitated frenzy in the presidency. Similar frenzy has also drenched Buhari’s presidency. But apparently missing in action is the mother of the nation, Aisha Buhari, who is yet to publicly express her pains over the tragedy that has befallen the schoolgirls.

She must have been too preoccupied with attending to the health of her only son, Yusuf, who just returned from a foreign hospital where he had received treatment for injuries sustained in a recent motorbike crash in Abuja. That is, understandably, more than a world of commitment to her. Aisha is a good woman and has the capacity to publicly relate and connect with the pains of mothers whose daughters are in the custody of the insurgents. That she has not done so does not mean she is insensitive. I believe her heart goes to the victims and their mothers in their moments of grief. A terse press statement from her will, nevertheless, suffice.

But at the level of official interactions, the abduction of the Dapchi 110 has not elicited much of expressive humanity from President Muhammadu Buhari’s presidency. It is obvious that its reaction has been tepid and the actions taken are aligned with political correctness of sorts. The nation is confronted with the usual perceptible cold disposition from the president and those in his court. There has been a mélange of incredulity and confusion in their camp. Living with the truth of the harsh reality is a burden they must bear.

It is sardonic for the government, which rode to power on the crest of its assurance that it possesses the capacity to deal with Boko Haram insurgency and other security issues in a matter of few months in power, to continue to unconscionably fumble and unravel as grimly incapable, after all, to deal with insecurity three years in the saddle. This parodies a failed promise and gives the citizens a solid ground to judge the administration about a year to the presidential election in 2019, coincidentally, as it happened to Jonathan in 2014, moving towards 2015.

The Buhari administration has treated the nation to salacious tales about how the shame of Dapchi happened. The army and the police have been locked in blame game, with the army claiming they secured Dapchi after which they withdrew and handed over the town to the police a week before the abduction, while the police rejected the claim. Amid the blame game, the administration is trying to create the impression that it is on top of the situation, despite the fact that the incident did not get reported by the media until Wednesday, February 21, 2018.Was it that they planned to obfuscate the details of the incident or what?

I think it must have been a failure of intelligence. An expeditious response to intelligence report could have helped to mitigate the spatial distance between the soldiers on rescue mission and the insurgents. The administrations acceptance that 110 and not 105 schoolgirls were missing, the further steps to publish the victims’ names and set up a 12-man committee to investigate the circumstances surrounding the abduction were inevitable actions to prove it is dealing with the situation.

But, I do not think the administration had expected that it would suffer this sort of embarrassment from the hands of a technically defeated and degraded Boko Harm terrorists group. If, indeed, the administration is not trying to pull a stunt with the Dapchi schoolgirls abduction (I will attempt to explicate this in a subsequent piece), it then becomes very remarkable how what goes round comes round. I call it the whoredom of karma. Gruesome fates have continued to play out in Boko Harams episodic abductions of schoolgirls in the northeast zone.

When it happened the first time, Jonathans re-election gambit was shattered. Now that it has happened the second time, Buhari’s second term aspiration now hangs in the balance. Jonathan lived with the tragic reality of Chibok girls abduction; it is the turn of Buhari to live with that of Dapchi girls. Buhari is, without a doubt, more embarrassed. With his highly-rated military background and capacity to deal with security much better than Jonathan, the Dapchi farce should not have happened. That it happened is a lesson for those who aspire for the highest office in the land to learn to moderate electioneering assurances and promises as well as downplay emphasis on so-called innate or acquired capacities to deal with certain elements over which guaranteed control is only through divine interventions and not administrative precision. Truth!