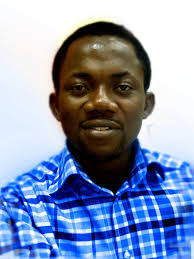 Christ the Light, Venerable Femi Taiwo. His sack has been attributed to the First Lady of Lagos

of the whole story and the journalistic objectivity employed so far. It is a truism that there are

be heard before passing judgement. There are four major dramatis personae in the chaplain’s

sack story. They are the Chaplain, the Church’s governing council, the Lagos State government

and the First Lady of Lagos State. It is quite disturbing that while attempts were made to get the

side of  the story of three dramatis personae, one was glaringly ignored. 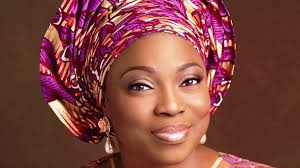 The Chaplain when asked his of own side of the story declined to do so. He was reported by the

Punch newspaper to have said “If you have any inquiry, direct it to the church. But one thing I

can say is that I have tried as a pastor to live above board. It will not be right engaging the church

or the government on the pages of a newspaper.” It beggars belief why someone who we are

made to believe have been unfairly treated will refuse to state his own side of the story.

their views but all including the Assistant Chaplain, Very Rev. Ayo Oyadotun refused to

comment. The position of the Lagos state government – the employer of Chaplain Femi Taiwo

was sought and has been well reported. According to the Commissioner for Information and

Strategy, Steve Ayorinde, “the former chaplain had been queried a number of times in the past

for conduct unbecoming of his office. The culmination of various indiscretions led to the

post. This has got nothing to do with the First Lady. The chaplain is looking for an excuse to

cover his insouciance. It’s nothing but cheap blackmail.”

In all the reports related to this story, published by the Punch newspaper, one is yet to see where

the reporter has attempted to get the First Lady’s side of the story. Not even the usual “we called

yet to get a response as at the time of going to the press.” The refusal of the Punch reporter to

get the First Lady’s side of the story is a clear abuse of journalistic objectivity. Objectivity in

journalism entails fairness, disinterestedness, factuality, and nonpartisanship. Where is fairness

when no attempt is made to hear from a party to a story? The Punch newspaper has published at

lady’s side of the story. To any critical reader, this calls to the question the fairness,

disinterestedness, factuality and nonpartisanship of the reporter.

few church members who may not necessarily know the whole truth. For example, one church

sack was not stated in the letter, adding that the action was not unconnected to the visit of the

governor’s wife.” The church member went further to contradict himself by saying “whatever

you are hearing is what members of the church believed could have happened.”  Interestingly,

what a few church members “believed could have happened” may not be the truth.

Another church member was reported to have said “there was nothing official in that sacking. No

investigation, no query, nothing. We had an anointing service on that Sunday. The following

day, the venerable was served the sack letter”. But the sacked chaplain indeed confirmed in

council after which he apologised. In an interview with Rt. Rev. Michael Adeyemi, the head of

the African Church, Ifako Diocese, and the boss of the Presiding Chaplain of the Chapel of

Christ the Light, Ikeja, published on the 28th of May, 2017, he was asked what he knew about the

events that culminated in the sack of Venerable Femi Taiwo. He stated thus: It was on Monday,

May 15, that Venerable Taiwo called me that there was a development in the chapel and that he

was coming to see me. He came and showed me the sack letter, saying that his appointment had

been terminated. However, before now, there have been some issues in the chapel. He said the

governor’s wife called him and the chaplain, who was his assistant, to see her. The two of them

went there and they had a good interaction. There was no problem. That (incident) happened in

the first week of May. He said some members of the governing council then called him to know

invited. The council then told him he shouldn’t have gone to see her and that he should have

allowed them to resolve any issue. The council then asked him and his assistant to write an

apology letter, which they did.

The foregoing provides interesting angles and questions to the story. What are the issues in the

chapel for which the Chaplain was invited? Was he really invited or he breached protocol by

going straight to the First Lady without recourse to the governing council? If no protocol was

breached, why was there a need for an apology letter from the chaplain? How was the

displeasure of the governing council expressed to the chaplain? Was it verbal or in a written

form? If one writes an apology letter in the civil service the request for it to be written must have

been communicated via a letter. So can the chaplain’s claim that he was never issued a query be

true? It appears someone is economical with the truth here. These questions are the grey areas

upon which the punch reporter should have shed more light.  But unfortunately, these were not

done. The Punch reporter relied on hearsays and conjectures of a few church members who may

be ignorant of the real causes that led to their pastor’s sack. The reporter rather desperately

framed the story as one of a defenseless chaplain bullied by a power-hungry First Lady.

To any critical reader, the Punch newspaper’s reports on Venerable Femi Taiwo’s sack, fail the

objectivity test on many fronts. There are too many loopholes that were left unattended. While

one will not want to teach the Punch reporter his job, he should be admonished to strive for

their own minds about a story, providing the facts alone and then letting audiences interpret

those on their own. Therefore to maintain objectivity in journalism, journalists should present

the facts whether or not they like or agree with those facts. Objective reporting is meant to

portray issues and events in a neutral and unbiased manner, regardless of the writers opinion or

an oppressed and the other an oppressor.