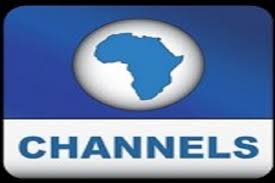 By Nuel Suji – The Ondo state government has expressed disappointment over a statement credited to Channels Television in which the State was purported to have denied the TV station of the use of its International Event Centre and broadcasting facilities, describing the allegation as a smear campaign.

The State condemned in strong terms the statement by a female member of the Television panel in the public debate organized for governorship candidates, where it was alleged that state radio and television were also prevented from live coverage the debate.

The Commissioner for Information, Mr. Kayode Akinmade, in a statement issued in Akure, Monday evening, dismissed the claims by Channels as “falsehood”, saying there was no such official communication requesting the use of “The Dome” by Channels, adding that neither did the TV station requested for live coverage of the debate by State TV and radio.

“The International Event Centre (The Dome) is always available for use for both public and private events, but like in every government dealings there are official procedures for doing things. And if Channels has made any request, we challenge it to come forward with it.”

Describing the statement as malicious and a calculated effort to smear the image of the government reputed to be one of the most tolerant and media friendly in the country, the government wondered why Channels would make such claim whereas there was no such request on its part to use the facilities.

“We are tempted to view such statements as coming from the pit of hell, ventilated deliberate against the government to achieve a devilish aim.

Mr. Akinmade said there was no official communication between it and the  television station regarding  the use of the event centre for the purpose of holding a debate or for  other uses.

The government said there was  also no official communication between it and the television station to the effect that the state broadcast stations be allowed to  link up for  the live coverage of the  said  debate.

The state government therefore demanded that Channels Television retract the statement without delay.