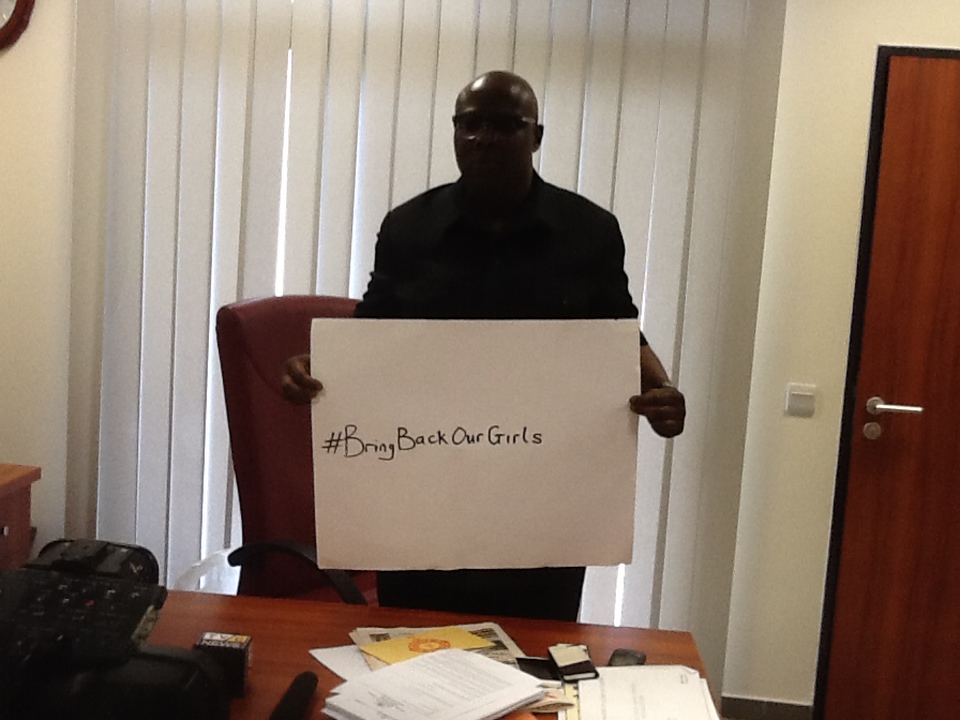 Ekiti senator media activist, Sen. Babafemi Ojudu, Tuesday defiled the Police order barring protest in Abuja, as he staged a peaceful protest on #bringback our girls protest at Unity Fountain in Abuja with his aides.

Federal Capital Territory FCT Police Commissioner, CP. Joseph Mbu had on Monday handed down an order forbidden  protesters that have been calling for the release of over the 200 girls abducted from the Government Seconday School, Chibok in Borno state.

However, Ojudu in company of his aides  stormed the Unity fountain venue where protesters have been sent packing, insisting the order by Mbu is illegal and that banning of protest is an infringement on the peoples right.

Ojudu who warned Mbu not to repeat ‘what he did in Rivers state’ in FCT said that the protest will continue until government takes necessary step to bring back abducted girls.

He said, but for the protest of those women, the whole world would not have been aware of the issue, adding that the protest has attracted attention of countries like China, United Kingdom, United States of America(USA).