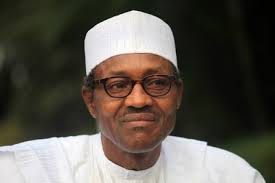 The youth wing of apex Igbo socio-cultural group, Ohanaeze Ndigbo has criticised the appointments made so far by President Muhammadu Buhari, noting that it is loop-sided.

The group, known as Ohanaeze Youth Council, OYC, therefore, urged President Buhari to carry every section of Nigeria along in making appointments.

In a statement by its National President , Mr. Okechukwu Isiguzoro, Sunday in Enugu, the group said it is peeved by what it described as some sectional appointments so far made by the President, stressing that appointments should be spread among the six geo- political zones of the country.

“It is wrong for the President to have so far appointed people from only one part of the country, it said, adding that such loop-sided appointments was against the principle of federalism.

“We are worried at the manner of appointment’s so far made by President Muhammadu Buhari, which has so far been concentrated in the North West zone, except for the Special Adviser on Media.

“We wish to remind our President that there are well qualified and trustworthy Nigerians in every geo political zone.

“We hope President Buhari is not acting out a script”.

“The earlier he allays fears of other Nigerians about the manner of appointments, the better for the nation.

OYC, recall that the concentration of appointments in one political zone has always caused trouble in Nigeria.