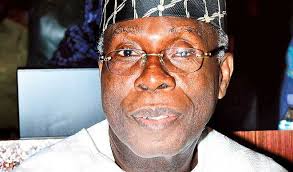 By Sadiq Umar – Thailand’s ambassador to Nigeria, Wattana Kunwongse, has dismissed as untrue a statement credited to the Minister of Agriculture and Rural Development, Audu Ogbeh, that seven rice mills have shut down following a purported drastic fall in rice importation by Nigeria.

Mr. Kunwongse, in a letter sent to Premium Times on Tuesday, described the minister’s claim as “misleading and a distortion of the actual discussion that transpired between them”.

Agency report on Friday had indicated that Ogbeh made the false claim at a meeting of the Presidential Fertilizer initiative (PFI) and the leadership of the Fertiliser Producers and Suppliers of Nigeria (FEPSAN) held at the Council Chamber of the Presidential Villa, Abuja.

According to the report, the minister said “just like two weeks ago, the Ambassador of Thailand came to my office and said to me that we have really ‘dealt’ with them.

“But I asked what we did wrong and he said unemployment in Thailand was one of the lowest in the world, 1.2 per cent, it has gone up to four per cent because seven giant rice mills have shut down because Nigeria’s import has fallen by 95 per cent on rice alone”.

However, the diplomat said Mr. Ogbeh may have lied.

“The report is not only misleading but a distortion of the actual conversation between myself and the honourable Minister of Agriculture at the Federal Ministry of Agriculture and Rural Development on 30th January 2018, which was nothing short of positivity and optimism on both sides.

“During which I praised President Buhari’s Economic Recovery and Growth Plan (ERGP), the essence of which is the endeavour to move the country to a self-sufficiency and export-oriented economy, and to that worthy cause, Thailand stands ready to work closely with the Nigerian Government in the field of technological transfer and agricultural machineries.

“At the same meeting, the honourable minister and I had reached the conclusion that I as Ambassador 0f Thailand to Nigeria will be working closely with the Ministry of Agriculture and rural development to establish a platform to discuss our mutual benefits in the form of MOU on Agricultural Cooperation and by forming a bilateral Working Committee toward that end.”

He added that the report could not have been farther from the truth as Thailand’s official figures demonstrate that its rice export to the world in 2017 reached 11.48 million tons worth $5.1 billion.

“There is no proof of any shutdown of Thailand’s major rice mills,” he said.

Despite the minister’s “misquotation”, the Ambassador said he remains optimistic and looks forward to working together with the Nigerian Government in all fronts in the development of Nigerian agricultural sector.

He noted that based on the warm reception from Ogbeh when he visited the ministry, he believes the minister is “a great man of integrity who has been working so hard to help Nigeria achieve the goal of self-sustainability in food and agriculture.”

When asked to respond to the ambassador’s rebuttal of Mr. Ogbeh’s statement, the special adviser to the minister on media and publicity, Olukayode Adeleye, said he would have “to crosscheck facts” before responding. He was yet to respond as at the time of this report.

Self-sufficiency in rice production is one of the cardinal objectives of the Muhammadu Buhari administration with different officials calling for a ban on the importation of the product.