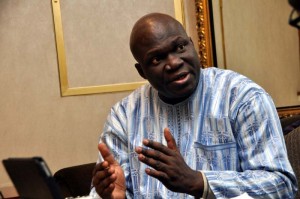 A statement by the Senior Special Adviser on Media and Publicity, Dr. Reuben Abati, confirmed the receipt of the  letter from  Obasanjo but expressed disappointment that the letter was leaked to the public.

Abati said: “We however find it highly unbecoming, mischievous and provocative that a letter written by a former Head of State and respected elder statesman to President Jonathan has been deliberately leaked to the mass media in a deplorable effort to impugn the integrity of the President and denigrate his commitment to giving Nigeria the best possible leadership.

“While many patriotic, objective and well-meaning Nigerians have already condemned the leaked letter as self-serving, hypocritical, malicious, indecent, and very disrespectful of the highest office in the land, President Jonathan has directed that none of his aides or any government official should join issues with Chief Obasanjo over it.”

He said the President himself would, at the appropriate time, offer a full personal response to the charges made against him and his administration by the former leader.