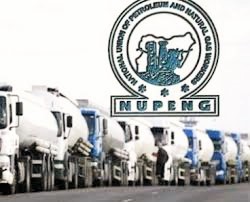 By Sadiq Umar – The Nigeria Union of Petroleum and Natural Gas Workers (NUPENG), on Wednesday issued a seven-day ultimatum to Chevron Nigeria Limited to honour agreement on workers welfare to avoid Industrial chaos.

The leadership of the union after its meeting in Lagos expressed its displeasure with Chevron for reneging on the agreement reached with the union, urging workers to be on alert for strike action.

In a statement jointly signed by NUPENG President, Williams Akporeha and General Secretary, Afolabi Olawale, the Union said Chevron reneged in the agreement one year after the negotiation brokered by the Nigerian National Petroleum Corporation (NNPC), National Petroleum Investment Management Services (NAPIMS) and the Ministry of Labour.

Mr. Akporeha said that the union and the Petroleum and Natural Gas Senor Staff Association of Nigeria (PENGASSAN) had a protracted negotiation with Chevron on more than 70 per cent labour manpower reduction.

He said that Chevron claimed that it required the 70 per cent job reduction in view of its operations in the Nigeria oil and gas industry.

According to him, unions opposed the move in view of its commitment to the protection of jobs of members and considering high level of unemployment in the country.

“We agreed that considering the intervention of all the institutions and the various justifications made, only 30 per cent of labour manpower contract workers would be relieved

“All parties agreed that from the 1,856 members of staff (of which NUPENG had 1,120 (contract staff), PENGASSAN with 213 (contract staff) and non unionised 523 respectively), the 30 per cent reduction agreed shall be spread in equal percentages among the three groups,’’ it said.

The statement said it was agreed that NUPENG and PENGASSAN executives would not be affected by the reduction and that Chevron would not change the labour manpower to service contract.

It also said the agreement that anyone that voluntarily offers to go would be counted as part of the agreed 30 per cent.

“Sadly, immediately after the agreement was reached, Chevron started executing the exercise in blatant violation of the agreed terms ostensibly.

“To either put NUPENG in bad light as troublesome or for extinction because only NUPENG members have been exited from work leaving behind the Non- Unionised workers and PENGASSAN members,’’ it said.

The statement said that record showed that more than 500 of NUPENG members were being exited including its executives.

The union said that it would be unfair for Chevron to change the contract to short term service as it breached the agreement reached in bad faith.

It urged Chevron management to recall union executives and ensure the percentage of reduction agreed was spread among the three groups.