YOLA/By Tom Garba – The Commission of Inquiry set up by Adamawa State Government to investigate the herdsmen/farmers clashes in Numan town has received ten presentations from various affected communities, even as it pleaded for additional time to enable it cover more ground.

The Commission is investigating the circumstances surrounding the recent incident in which scores of people were gruesomely murdered in Numan and its neighbouring communities. 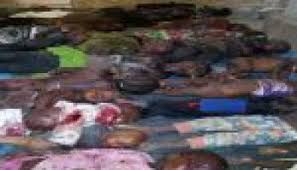 The Commission Chairman, Adamu Hobon, who spoke to journalists in Yola, Tuesday, disclosed pleaded for additional time, urging those that are yet to submit memorandum to do so.

Mr. Hobon expressed optimism about the turn out and presentations by the affected communities, describing the development as “encouraging’’.

The Commission chairman who is a retired Federal High Court Judge, advised other affected communities that were yet to submit their presentations to do so, as time was running out for the commission.

He described frequent crisis in the State and short lifetime of the commission as among the challenges facing it.

The chairman however, urged the State government to extend deadline for the commission to enable it cover more additional people and groups who expressed their interests to appear before it.

The six-member commission was inaugurated on December 13, 2017 and has six weeks, from the date of first sitting, to submit its report.