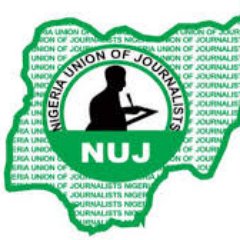 News Investigators/ The Nigeria Union of Journalists (NUJ) has called for an end to intimidation and impunity against journalists in the country.

The union joined the rest of the world to mark the International Day to End Impunity for Crimes against Journalists.

In a statement issued Wednesday in Abuja, the NUJ National Secretary, Shuaibu Leman, urged government at all levels to prioritise the safety and security of journalists.

“They should ensure that attacks against journalists are properly investigated and culprits made to account for their crimes.

“The safety and security of journalists must be tackled squarely ahead of the 2023 election when journalists that cover elections are routinely exposed to attacks, intimidation and harassment by political actors and agents of the state.

“We have observed over the years the way and manner journalists suffer various acts of reprisals for critical reporting in the country.

“Many journalists face physical assaults; their equipment destroyed in the process, while the female journalists are sexually harassed,” Leman said.

The NUJ secretary said that journalists should be accorded unfettered freedom to perform their professional responsibilities at all times to promote accountability and openness in governance.

“We call on government authorities to remove all forms of bureaucratic red tapes that deny journalists access to certain areas, and conditions that do not promote freedom of the media and rule of law.

“Not doing so will make them engage in self-censorship in order to avoid harassment by government and its agents,” Leman said.

He called for caution and tolerance towards media professionals and equipment as the nation moves closer to 2023 general elections.

The NUJ scribe said that the union would continue to guide against unethical acts that hinder the democratic process by journalists.