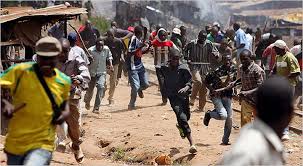 News Investigators/ The North East Development Commission-Education Endowment Fund (NEDC-EEF), has expressed determination to remove over 500,000 idle youths from the streets in the next five years in the region.

Head of Media and Publicity of the fund, Macauley Hunohashi, in a statement on Saturday in Abuja, said the Chairman of NEDC-EEF, David Kente, made the pledge at an interactive session with Abdulazeez Nyako.

He applauded the visionary and patriotic effort of Sen. Nyako, which saw to the establishment of the commission, saying “we will sustain that vision to take the north east region to greater heights.”

Mr. Kente said the NEDC-EEF would continue to interface with consultants and experts on how to achieve part of its core mandates of converting the vast human resource the region was endowed with to human capital.

Earlier, Sen. Nyako stressed the need for the commission to provide vocational technical traning and mentorship for young men and women in the region through Local Aprenticiship Scheme.

Nyako explained that the local apprenticeship scheme was a neighbourhood empowerment project, which focused on removing young people from the streets by linking them to Master Trainers within the same community.

” This will enable them to learn local trades such as motor mechanic, panel beating, volcanising, tailoring and the likes, with a monthly stipend for both the Master Trainer and the Trainee,” he said.

The former lawmaker, who represented Adamawa Central Senatorial District from 2015 to 2019, said the concept was discovered to be a lot cheaper, more broad-based and with the potential to improving neighbourhood security.