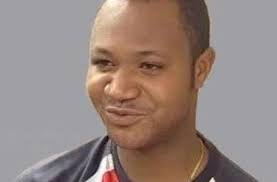 The popular actor reportedly died after an unsuccessful battle with kidney failure.

News of his death filled the social media airspace at about 7.30 p.m. on Sunday.

According to reliable sources, Muna died on Sunday afternoon at an undisclosed hospital in Lagos.

President of the Actors Guild of Nigeria, Ibinabo Fiberesima, confirmed the death of the prominent actor.

The deceased had been in the movie industry for over a decade, featuring in over 100 movies before his death.