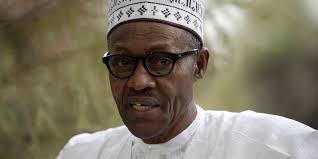 By Dipo Awojobi – Offices of the Nigerian National Petroleum Corporation (NNPC) have been shut nationwide as workers of the state owned oil company embark on strike, reports said.

There was no prior warning about the strike said to have been ordered by the two oil unions, NUPENG and PENGASSAN.

Workers reported for duty at the headquarters in Abuja today, only to find their offices under lock and key.

The unions are said to be protesting against the unbundling of the corporation ordered by President Muhammadu Buhari on Tuesday.

An inside source said that NNPC has not really been unbundled technically and legally, as the Act setting up the 39-year old organisation will need to be amended.

“As it is, NNPC remains, nothing has really changed”, said a source.

The re-organisation of NNPC was announced on Tuesday by Emmanuel Ibe Kachikwu, minister of state and group managing director of the NNPC.

With the announcement of this new policy road map, the realigned NNPC comprises of five business-focused and two service driven units.

The new NNPC design is based on ‘FACT’ organisation which is Focused, Accountable, Competitive and Transparent.

According to NNPC, “the organizational realignment is not about staff layoffs, but about placing the right people in the right places to do the right thing”.