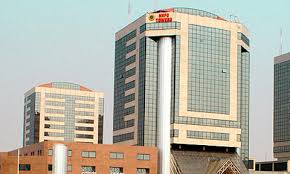 By Dipo Awojobi – The Nigerian National Petroleum Corporation (NNPC) has said that N145 price of Premium Motor Spirit (PMS), popularly known as petrol, has not been increased.

The Group General Manager, Group Public Affairs Division, Garba Deen Muhammad, made the statement in Abuja on Wednesday at a news briefing. 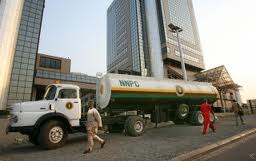 At an Oil Trading and Logistics Expo in Lagos, the Group General Manager, Crude Oil Marketing, NNPC, Mr. Mele Kyari, had said that the current price was not sustainable.
Kyari said NNPC was still subsidizing the product leaving a heavy burden on the corporation, which is the sole importer of the product.

However, Muhammad said the report was simply not true and was taken out of context.

He said: “Regardless of what was said, the bottom line is that there is absolutely no plan whatsoever that government will increase pump price of petrol.

“If there is going to be anything like that, the agency for fixing pump price of petrol will definitely sensitize Nigerians and give reasons why.

“For this moment, there is absolutely no plan and no need to do that because we have more than enough supply, very robust stock and long-term procurement contract with our suppliers.

“We have enough supply to last us throughout the ember months and beyond.

On the issue of marketers’ complaint that the window given to them for foreign exchange was not enough, Muhammad said their complaints had been addressed adequately.

“A new window has been opened for them and in fact what is happening now is that we are waiting for them to deliver.

“A new window to make forex available for their needs has been opened and they are satisfied with it and we are waiting for them to deliver.

“What we have now is a glut. We have people who have already imported and they are looking for people to buy their products.
“We have a glut in the market, you can testify if you go around, there is not even a hint of scarcity so what generated or necessitated the report,’’ he said.

Muhammad said the current availability of PMS was as a result of price modulation and petroleum products were available because prices were being determined by market forces.

“Right now if you go to filling stations you find that people sell at 145 and some even at 143.

“It is not really magic but diligent pursuit of common sense and that is what has been responsible for the stability we have achieved and we intend to maintain the momentum.’’

On the allegation that the NNPC was still subsidizing fuel, he said “no, there is no subsidy.’’

Responding to the question that some filling stations were already recording long queues, Muhammad said “that must have been associated with the reports that you people carried.

“It was interpreted outside the context it was meant but as you have seen, and from the reality on ground, there is absolutely no plan to increase fuel price, there is no shortage and there is no possibility of shortage in the nearest future.

“I’m telling Nigerians to relax, drive with care, enjoy their vehicles, enjoy their movement and travels because no plan to increase fuel price.”

He further said there had been no report that fuel was sold above N145 outside Abuja and Lagos as was the case before.

“The refineries have been back but you know it has been on and off but they are back. Port Harcourt has been producing as well as Kaduna.

“You know about the plans to collocate some refineries, bring in new ones and upgrade these ones so by the time all these are done by probably the end of 2018, refineries will run at optimum capacity,” Muhammad said.