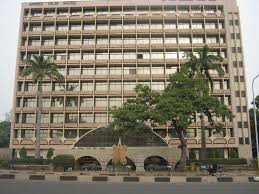 Mr. Yakubu, who stated this at the NNDC’s 50th Annual General Meeting (AGM) in Kaduna, said the NNDC had performed well during its 2018 financial year which ended on March 31.

“The company’s performance during the financial year ended 31st March 2018 registered a marginal improvement of an 8.4 per cent increase in operating income from N747.11m to N809.68m.

“Shareholders’ Funds increased marginally from N9.19 billion in 2017 to N9.23 billion in 2018.The overall performance is a reflection of the volatile and harsh business environment we had to contend with, “ Yakubu said.

According to him, notwithstanding the tough operating challenges, the company continued in its efforts of developing quality manpower for the North and the country in general.

“The Company in the period under review earmarked reasonable resources towards promoting the NNDC Young Professionals Development Trust (NNDC/YPDT) and the Musa Bello Learning and Resource Centre (MBLRC).

“As at November 2017, the four (NNDC/ICAN Centers namely Kaduna, Kano, Ilorin and Gombe have produced 734 Chartered Accountants since the inception of the program in November 2007.

He said that the Nigerian economy in 2017 gradually emerged out of recession with a very weak GDP growth rate of 1.40 per cent in the year, against an annual population growth rate of 2.6 per cent.

“Inflation trended downwards from 18.7 per cent at the beginning of the year to 15.37 per cent at the year end. The country’s external reserves rose to over $40 billion with surplus trade and current account balances.

“The Central Bank of Nigeria, beginning in the first quarter of the year, deployed a number of monetary policy tools to boost liquidity and achieve a rate convergence in the foreign exchange market by doing away with multiple foreign exchange windows.

“Consequently, the parallel market exchange rate of the naira stabilized at N363/US$1 towards the end of the year.

“But the gap between this rate and the official rate at N306 to the US Dollar remained rather wide to encourage an efficient and a highly predictable price.

“Professional’s fundamental macroeconomic challenges have continuously existed against the backdrop of reduced government revenues due to low commodity prices which caused a huge fiscal deficit in public finance.”

The NNDC chairman noted that as a result of low government revenues and mass unemployment, demand remained sluggish.

“While we are not immune to the vagaries of both the local and global economies, it is our expectation that with the new projects we intend to promote, the potential exists for NNDC to fulfill its future expectations.

“Thus, with the support of our shareholders, the future outlook of the company remains very promising. “

He commended the Northern States Governors Forum (NSGF) for their support to the company.

He also appreciated the Board members and management and staff for their cooperation for success of the company and urged them sustain the effort “to enable us to perform better in the future.