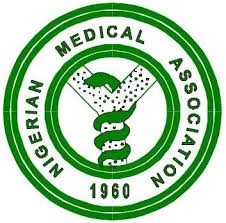 The Nigerian Medical Association (NMA) on Friday kicked against the suspension of residency training programme in federal hospitals, calling for the immediate reinstatement of the sacked resident doctors.

Fielding questions from newsmen in Abuja, the NMA President, Dr. Kayode Obembe, posited that the sacking of the medical doctors does not comply with laid down rules, hence it is illegal.

Obembe also directed his members not to accept any local appointment with Federal Government hospitals as directed by the circular issued on Thursday.

The government in a directive via an internal memo dated August 13 and signed by the Permanent Secretary, Federal Ministry of Health, Mr. L.N. Awute, to federal hospitals, ordered the sack of all resident doctors in government hospitals.

“Mr. President, Dr. Goodluck Ebele Jonathan, GCFR has suspended the Residency Training Programme for Doctors in Nigeria indefinitely for the purposes of appraising the challenges facing the health sector,” the memo read in part.

The memo also added that Minister of Health, Prof. Onyebuchi Chukwu, also directed that “letters of termination of residency training” be issued to all affected resident doctors in hospitals immediately.

But, Obembe, whose resignation letter was rejected by the Association, said the latest government stance will further worsen the present industrial harmony.

His words: “No single person or individual no matter how highly placed can just directly and wishfully jettison all these documents and go and sack our doctors.

“It is illegal and we condemn it in its entirety. That is our position on that,” Obembe declared Friday.

The NMA president also faulted government’s claim that it had met virtually all the demands of the striking doctors.

Obembe said: “On all the 24 demands, government is just saying yes, yes, yes and that does not mean implementation.

“And what has been said by the Minister of Health that 90 per cent of the demands have been met is absolutely false.

“We said some of the circulars that the relativity, which is the greatest injustice that has been unleashed on doctors, should be implemented.

“They said okay, we have agreed. That is not implementation.

“Implementation now starts when the financial implications are met and this is palpable in the account of the beneficiaries.

“But to be saying come next year, come three years later, that is not acceptable to us.”

Obembe insisted that the doctors would only reconsider their stand when we get the letters withdrawn.

“We would then assess whether the issues that were there before the letters were issued were still there.

“If they are still there, we will continue to press for these issues because these issues are long standing and must be solved.

“We want an holistic conclusion to all the problems and this is the time to make sure that these solutions are profound.

“Letter or no letter, the strike continues. If this circular is not withdrawn, aluta continua.

“The struggle continues and we are going to be victorious.

“No doctor should accept or collect any sack letter or sign any register opened by the government or her agents (hospital).

“No medical doctor no matter how hungry should pick up any local appointment with government hospitals as directed by the circular.

“Any doctor who flouts this directive does so at his or her own peril.”

The NMA president also spoke on the measures put in place by the association to contain the Ebola Virus Disease, saying: “We have already established and put in place highly sophisticated organograms for batting Ebola Virus in Nigeria,” he said.

“We have established a national coordinating committee, headed by Prof. Chimeli Micheal Azuzu, the President of the Physicians Association of Nigeria.

“Then we also have the states coordinators in all the states of the federation.

“They are going to liaise with governments in the states to tackle Ebola Virus.

“We are also going to make sure that this organogram stretches to the local government.

“It is actually a system that is on ground, very grounded and everything that is happening cannot deter us at all from reaching the grassroots.

“So the Ebola action committee is on ground at the National, States and Local levels.”

Nigeria has lost many of its medical practitioners to foreign countries owing to brain drain resulting from poor condition of service in the health sector.

Over 25,000 Nigerian specialists doctors are said to be working in the United States, while no fewer than 4,000 are in the United Kingdom.