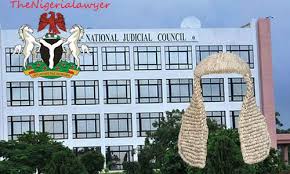 …CCT Chairman, Danladi Umar To Be Tried By FJSC

The NJC gave seven-day ultimatum for the two justices to answer its queries on regarding the petitions file against Mr. Onnoghen and Mr. Muhammad by Zikhrillahi Ibrahim of Resources Centre for Human Rights and Civil Education and Olisa Agbakoba, respectively because of the “gravity of the petitions.

However, it directed another petition written against the Chairman of Code of Conduct Tribunal (CCT), Danladi Yakubu Umar, by the Centre for Justice and Peace Initiative to the Federal Judicial Service Commission (FJSC), stating that matters as such are under the purview of FJSC.

At an emergency meeting presided over by former President of the Court of Appeal as Interim Chairman Mr. Justice Umaru Abdullahi, CON, held Tuesday, NJC considered four petitions filed at its Secretariat against the justices.

“Council referred the petition against Hon. Danladi Yakubu Umar to the Federal Judicial Service Commission (FJSC) which is the appropriate constitutional body empowered to deal with it,” NJC said in a statement by its Director of Information, Soji Oye.

It stated that, “in line with its procedure, Council also forwarded the petitions against Hon. Justices W.S.N. Onnoghen, GCON and I. T. Muhammad, CFR to them for their responses.

“In view of the gravity of the matters involved, Council abridged the usual response period from fourteen (14) to seven (7) working days for the Hon. Justices to respond.