Twelve months ago, President Muhammadu Buhari was sworn in as the President and Commander-in-Chief of the Armed Forces of the Federal Republic of Nigeria.

He came to power following the decisive victory of his party, the All Progressives Congress, APC over the ruling People’s Democratic Party, PDP and its candidate, Dr. Goodluck Ebele Jonathan.  The victory ended the 16-year reign of the PDP. 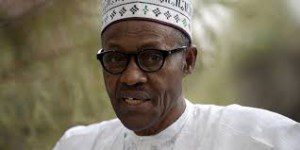 President Buhari campaigned on a promise to fight Boko Haram terrorism and secure the whole country, fight corruption and develop the economy to the point that it creates jobs for the teeming unemployed.

The campaign message caught on very well with most Nigerians, against the desperate efforts of the Jonathan administration which deployed incumbency as tool for its own campaign.  They literally threw the kitchen at candidate Buhari.  The government media were used against the opponent.  The private media sold their outlets to a free-spending government pouring out venom, hate speech, libel and defamation.  The public treasury was personalized and its content poured into a campaign that shared out money for weapons purchase to fight Boko Haram terrorism into the pockets of party leaders and their campaign staff.  The Army which served as the glue that held the country as one through the years was compromised to such extent that they claimed not to be aware that a former General in the Head of State, Muhammadu Buhari had a secondary school certificate.  Of course the certificate resurfaced shortly after he won the election.

President Buhari came to office amidst massive hope and expectation at home and abroad, that here at last was a leader who would stop the slide and lead Nigeria to progress, development and the realization of her destiny. The mood all over Nigeria, the continent and the world at the time he took over was euphoric.

In line with the promises made, Nigeria under Muhammadu Buhari has begun to show that it will be a radically different country than one the world had become used to.  Here is a proof of that:

Promise of Transparency and Accountability

A promise kept by the President is of a government that not only preached but also practiced transparency and accountability.  The President and the Vice President made public their assets as declared before they took office on May 29th.

For the first time in the annals of our Executive-Legislative relations, this country had all ministers nominated screened and passed without any casualty. What is important is that not a single incident was reported involving exchange of money in bribery of parliamentarians.  The President’s first budget, the 2016 appropriations bill was passed, even though after some delays, without the usual bribery allegations that attended the passage of  budgets.  The Senate and the House under their current leadership must themselves be proud of this happening at this time.

While still on the budget, the President must take credit for the exposure of a particular kind of fraud, the padding of budget, itself a known and ongoing practice until the whistle was blown by diligent ministers and parliamentarians. For once, the country has a budget, the 2016 appropriations bill that is rid of added billions ending up in the pockets of officials. By putting these changes in place, the government has established a model for transparency in public expenditure.

The President has been trying to  right the many wrongs things he inherited, especially in terms of securing government revenues which leaked or were out rightly diverted to private accounts.

President Buhari didn’t invent the TSA. What he did is to bring political will to bear on its implementation.

At the last count, the President said he had saved the country money in excess of three trillion Naira which would otherwise have been wasted or shared out to officials at the end of the financial year.

The President kept his promise to reduce superfluity in government administration by cutting down on the number of ministers, ministries and government departments.  The delay in the coming of ministers was first to reduce the number of ministries, and then set a new set of ground rules to stop the theft of government resources through systemic leakages.  Boards of directors will come only when the President is satisfied that agencies of government are brought in line with existing ministries structure and that a new foundation is laid, in all cases, to replace the rotten past that allowed a free-for-all when it came to dealing with public assets.

The first priority of this government as repeatedly mentioned by the President, is security. “You must secure the country before you can manage it well”, is a classic statement the President has continued to repeat.  Where we stand on this today is best captured by the country’s Attorney-General and Minister of Justice, Abubakar Malami in saying that “the capacity of Boko Haram to hold territory has totally been decimated.  Our focus now is on dealing with the remnants of their forces and re-focusing on the unfortunate humanitarian challenge caused by their activities.” This was achieved following the change in the leadership of the armed forces, the movement of the command and control centre to Maiduguri and realization of how much can be achieved with greater international cooperation.  In this respect, the coming together of Nigeria, Niger, Cameroon, Chad and Benin in the Muti-National Joint Task Force under a centralized command had been helpful in forging a common, regional response to the Boko Haran threat.

Nigeria is country of paradoxes, one in which the VIP steals an elephant and runs away with it but the poor man stealing a goat goes to jail for up to 30 years.

The President has severally expressed his frustrations over the fact that known thieves, 419 kingpins fly over our heads in private jets and run around in Jaguars and Rolls Royces, as we wait endlessly for the law to take its course.  As military Head of State, what he did was to  lock them up until they proved their innocence. As an elected President, he has sworn to uphold the constitution which guarantees citizen rights.

In one year, the President has successfully reset the relationship between this country and her immediate neighbors and with our lost friends, both far and near.  The West, Far East and Middle-East countries as well as our neighbors who walked away from this country on account of the arrogance of our past leaders, corruption and the abuse of human rights have all come back to us.

Over the past one year in which the President travelled to many countries, he has succeeded in convincing the world that Nigeria is now under a responsible management with a government that is inviting of prospective investors. As a result of his travels, Nigeria’s image has improved and the country is occupying a preeminent place in the comity of nations.

President Buhari has indeed been a revelation to the world. In addition to improving the standing of the country, his personal integrity has given him the best ever international attention by any past President of this country.  The trips have opened doors that were shut against Nigeria, doors that bring security cooperation, and eventually  trade and economic benefits to the country.

The fuel subsidy issue is a well-known cause of trouble in this country.  Every government in the past that tried to remove it got tested in its political will and dropped it like a hot metal.  There is nothing in this country that is as politically unpopular.

Yet, even those who vocally supported it knew that it wasn’t working for the ordinary citizens. The secret service surveyed the price regime of N86 per liter and reported to government five months ago that the price prevailed only in Lagos and Abuja with the rest of the country paying higher. Petrol subsidies served as a scam to line the pockets of officials and cronies in business.

Acting in the best national interest, the President took the very brave action of liberalizing the import of PMS products by first removing subsidy from the budget and then opening the door for marketers to bring the products to sell at a profit, saving the country trillions of naira in fraudulent subsidy payments.

Due mainly to the trust they reposed in him, Nigerians have accepted this change in the belief that the president means for them.

The President has equally fared well in his efforts to attract investment into Nigeria following his trips to some of those countries. Discussions are ongoing with a number of them with rich foreign reserves that have indicated a willingness to pour foreign capital to develop the economy and create jobs here. From the sometimes zero capital allocation of the past, his budget this year has 30% of its content devoted to capital projects. After many years of delay, there will be a serious attempt to improve roads and rail transport as well as power projects. His administration is determined to improve the country’s infrastructure landscape in a short period of time.

President Buhari’s administration is the first in Nigeria’s history to take a major step towards the institution of a social welfare scheme as enunciated by the APC.

One million of country’s poorest of the poor will get a monthly supplement of N5,000.00. Another one million will get start-up loans from the Bank of Industry.  Five hundred thousand graduates will get teaching jobs and 375,000 others without degrees will receive training to acquire skills.  Under this year’s budget, there is money for scholarship for medical, science and technology students in tertiary institutions and a meal-a-day for five million children in primary school. For the first time, the ordinary citizen can claim that he/she has a budget of his/her own.

— Shehu is the  Senior Special Assistant to the President Media and Public Affairs.