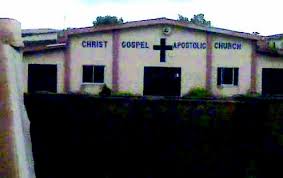 The Founder and President of the Gospel Apostolic Church, Pa Samuel Sadela, has died at the of age 114.

Sadela was born in 1900 and has spent about 84 years preaching the gospel of our Lord Jesus Christ.

A source in the church told our correspondent that Sadela died around 4:15 am on Sunday, saying that he might have died as a result of old age.

“He just complained of tiredness, but he died strong. He even preached last Sunday in the church standing and vocal,” says a top member of the church who craved anonymity.

Although a senior pastor in the church reportedly claimed that the man described as one of Nigeria’s oldest pastors could still be receiving treatment in a hospital, he was said to have died in the premises of the church in Lagos.As at 9pm press time on Tuesday, an official statement was still being awaited even as the church was said to have opened a condolence register for the man of God who remained sensational even as a very old man.

Sadela has established over 180 branches of the GAC world wide and was said to have been ordained a preacher by the late founder of the Christ Apostolic Church, cac, Ayo Babalola in 1932 when he was still a member of CAC.

It was gathered that he was with Pa Babalola when he fasted for 40 days and joined him in the praying and fasting.

His pastoral calling started in 1928 when he visited the famous Prophet Moses Orimolade of the Cherubim and Seraphim Church.When he marked his 113 birthday, the aged pastor had expressed hope to live up to 200 years of age.He had said “I feel happy to be this old. Actually, I feel like a young man. I still enjoy my meal of Iyan (pounded yam), Eba and bush meat. I sleep whenever I want to and wake up stronger I want to live longer to prove to all that God remains the same as He was in times past. If Methuselah could live for 969 years, God can make me live well beyond 113. If Noah could be 950, it is not too much for Him to make me live up to 200.”Even if that wish was not granted, Sadela left an indelible imprint in the hearts of his members and those who admire him.The cleric, who claimed angels taught him to read the Holy Bible when he was only two years of age, raised not a few eye brows when he married a 30-year-old woman in 2007.“The Lord is my strength. I am very strong and energetic,” he was quoted as saying after the wedding in Lagos.According to reports, he first got married in 1934, with the marriage lasting for 21 years, but none of the couple’s seven children reportedly lived beyond their infancy. A second marriage, said to have been consummated in 1965, was blessed with four children, but only two survived. His second wife died in 2001.A native of Ondo State, Sadela attended St. Paul’s Anglican Primary School, Ifon, Osun State, but had to drop out when he travelled to Sapele, Delta State to work as houseboy to one Captain Pullen, a District Officer. Sadela however retraced his steps in 1918 and completed his Standard six education in 1920.Meanwhile, reactions from clerics have greeted his death. The Osun State Chairman, Christian Association of Nigeria, Rev. Elisha Ogundiya, in a phone interview with our correspondent, expressed shock at Sadela’s death.He prayed that God, ‘will comfort his family.’Similarly, the founder of Christ Overcomer’s Assembly, Rev. Dipo Filani, described Sadela as a highly respected man of God.“He was one of the oldest pastors alive in Nigeria. There was a time he said miracles started taking place in his ministry when he was 90 years.“He was a highly respected pastor. This was a man who would mount the pulpit like a 40 year-old. He was a living testimony of what God could do in the lives of the faithful. I am pained because I have not met him in person,” Filani said.