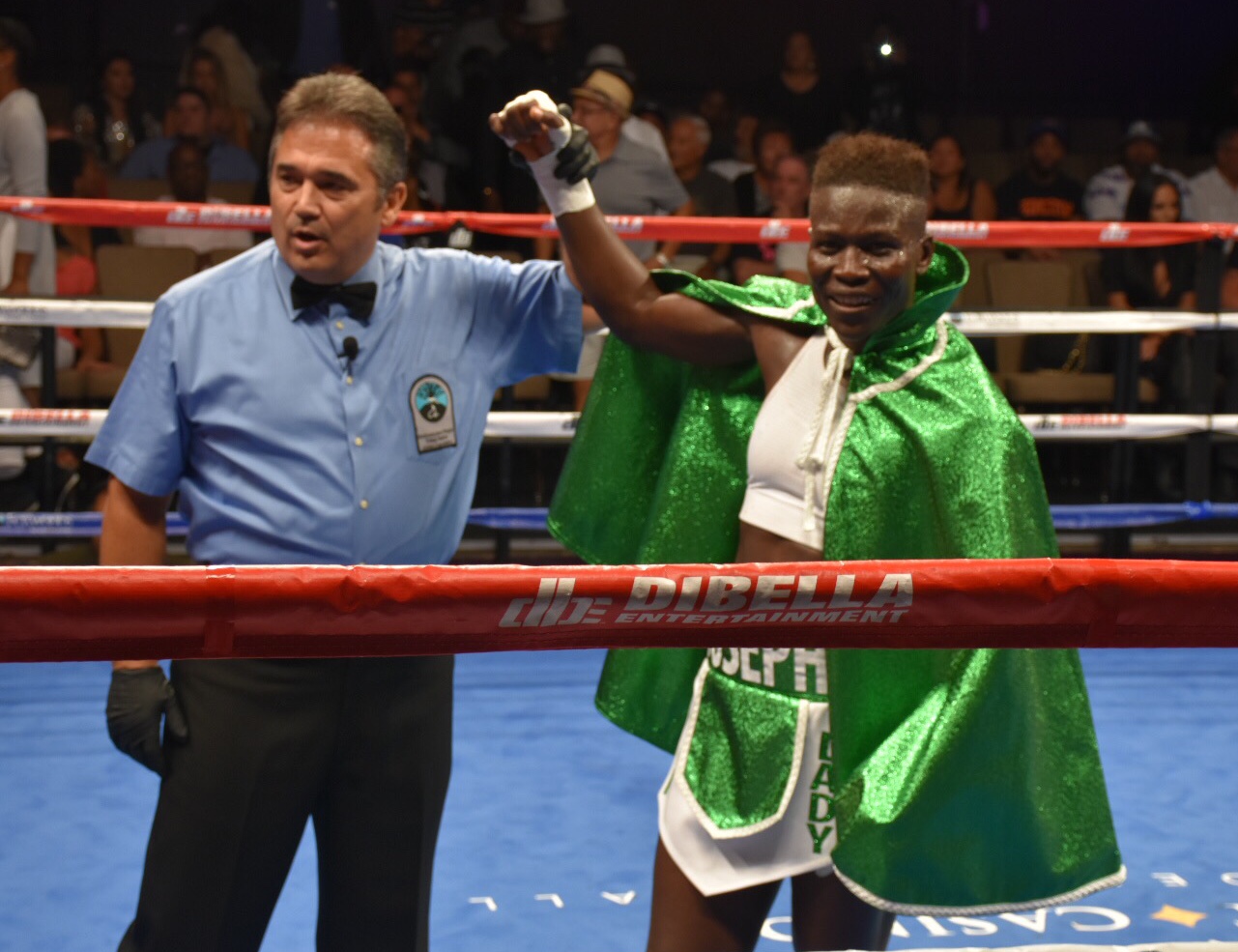 Joseph, aka “The Iron Lady”, defeated her challenger by unanimous decision (60-53 points) in the six-round Super Bantamweight fight at the Foxwoods Resort Casino.

Although the Connecticut-based 30-year-old aimed for a knockout, she was taken the distance by a rather resilient Horgasx, 20, who managed to reach Round 6 on her feet.

Thursday’s was her second bout after a one-year competition drought occasioned by lack of sponsorship and alleged discrimination by promoters who prefer boxers with large fan bases.

On April 3, Joseph ended the one-year break by defeating Edina Kiss, another Hungarian, by unanimous decision in a six-round Super-Bantamweight in New York.

Joseph dodges a punch during the bout.

“I feel great because I worked for it; I was really prepared for this fight,” she told newsmen afterwards.

“With the support of my people from New York, from the embassy (in Washington), I am so happy.

“I work hard to make them proud because they always support me in whatever I do; that is why I have to put in my best,” she said.

Also speaking to newsmen, Okoyen described Joseph’s victory as a true representation of Nigeria as a country of talented and successful people in diverse fields of endeavour.

“This victory was expected; we always trust The Iron Lady, who has made us proud in the past, and we knew she would win this fight.

“She has won it; we are very proud that our own has won again.

”This is a representation of Nigeria, this is what we proudly profess and this is Nigeria in action,” he said.