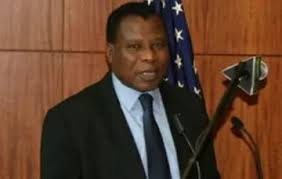 The Nigeria’s ambassador to the United States, Prof Adebowale Adefuye is dead.

His tenure as Nigeria’s ambassador ends next Sunday August 30, when he would have completed his assignment. As at the time of his sudden death, embassy officials and Nigerians in the US were planning a send-forth party for the diplomat scheduled for next Wednesday.

Tokunbo Adedoja, former Thisday Correspondent to Washington D.C. and Editor, Thisday on Sunday, described the late Adefuye a “highly influential diplomat who was always there to rally other African ambassadors for the goods of the continent.

Adedoja who is a close friend to the late diplomat recalled how Adefuye worked hard to reverse the terrorist state designation of Nigeria by the US following the aborted plot by Abdulmutallab to bomb the Delta airline.

Adefuye started his academic career as a Lecturer at the University of Lagos, where he rose to the position of Professor, published books and articles, and served as Head of the History Department from 1985 to 1987.

He was one time ambassador to Jamaica, with concurrent accreditation to Haiti and Belize, a job he kept from 1987 to 1991. From 1991 to 1994, he served as Deputy High Commissioner at the Nigerian Embassy in London, U.K., when he was hired by the Commonwealth (formerly the British Commonwealth of Nations) as Deputy Director of Strategic Planning.

After fourteen years with the Commonwealth, Adefuye took a job with the Economic Community of West African States, where he served as an Advisor for two years, from 2008 to 2010. He became the Nigerian Ambassador to the United States in 2010.