The victim who had been evacuated to the Netherlands for treatment recovered and has returned to the mission in Liberia. 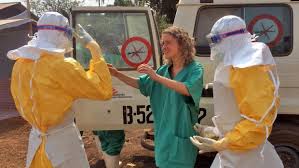 The spokesman for the U.N. secretary-general, Stephane Dujarric, told reporters Tuesday that the peacekeeper will resume duties while undergoing monitoring and psychological counseling.

The unidentified man arrived in the Netherlands earlier this month. The Netherlands has followed Germany, France and Switzerland in taking on Ebola patients at the request of the World Health Organization.

The health organization on Monday said the world’s worst Ebola outbreak has killed more than 7,500 people, the overwhelming majority in the West African countries of Liberia, Sierra Leone and Guinea.