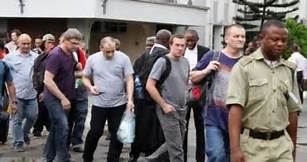 By Nuel Suji – Nigeria’s Minister of Interior, Abdulrahaman Danbazau has said that the federal government is considering granting a general amnesty to illegal immigrants in Nigeria in order to document their stay. 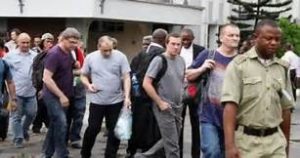 The minister spoke on Tuesday when members of the House of Representatives Committee on Interior visited the Ministry in Abuja over allegation of abuse of expatriate quota.

The minister said some Nigerians go up to the level of renting out their shops to these foreigners as well as cover their illegal activities.

The Minister therefore urged the National Assembly to come up with laws that will define businesses that foreigners living in Nigerian can engage in.

Mr. Dambazau expressed the Ministry’s commitment to address the issue of foreigners overstaying their visa limit in the country.

“The Ministry is looking into a proposal by the Nigeria Immigration Service (NIS) to give amnesty to illegal migrants for them to come out and register.

“We are also looking at the implications of people taking advantage of ECOWAS free movement.

“This has led to proliferation of light weapons and drugs, some of them are cloning remita, receipts and expatriate certification.”

Earlier, a member of the committee, Garba Mohammed (Kano-APC) expressed worries that some foreigners were taking over small-scale businesses in many parts of the country.

He said: For instance, in Kano some of the foreigners have taken over the business of dying clothes.

“This must be addressed because they are succeeding in taking away our businesses.

“Our artisans and craftsmen are out of job and if this continues, there will be no hope for them in the next 20 years.”

The Chairman of the Committee, Jagaba Adams Jagaba (APC, Kaduna) said that the committee was mandated by the House to investigate alleged abuse of expatriate quota by some immigration personnel.

“So, we need the cooperation of this Ministry to succeed in this task because if the trend is not checked, our heritage will be taken away,” Jagaba said.