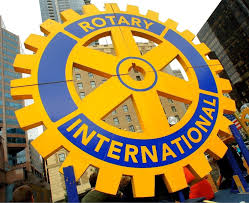 The National Coordinator, Rotary Maternal and Child Health Project Nigeria, Adedolapo Lufadeju, stated this at the National workshop on Scale-Up of the implementation of Maternal and Prenatal Death Surveillance and Response (MPDSR) in Nigeria.

Mr. Lufadeju, a professor, said the project, which was instituted by Rotary International in collaboration with the Federal Ministry of Health, was aimed at training Chief Medical Directors and Medical Directors of tertiary hospitals from 19 Northern states.

He said the training was to help equip the health professionals in reducing maternal and infant mortality through maternal and prenatal death surveillance and response in their various states.

“We have a very high maternal and infant mortality in the country as a result of pregnancies and the current statistics till 2019 is 576 deaths per a 100,000 births in the country.

“It is the deaths of mothers as a result of child birth and also death of children when they are newly born.

“This statistics are done every five years and reviewed annually, it is too high and unacceptable to us, that is why Rotary International instituted a project to help reduce this figure dramatically.

“Some of the participants also include maternity matrons, heads of obstetrics and gynaecologists, head of paediatrics and medical record officers of all the tertiary hospitals from the 19 northern states,’’ he said.

Mr. Lufadeju however said that the MPDSR was one of the robust system if implemented across the country would help to stem the tide.

He explained that the MPDSR was an electronic platform and also a web base management system, where everything happening in hospitals across the country can be easily accessed and captured by a computer system.

“The information are captured monthly such as how many women attended antennal clinic, how many deliveries were safe and how many deaths were recorded as well as causes of death.

“After the data is recorded it is sent to the ministry of the health management information officer, who in turn collects all data from the secondary hospitals analyse the result and send to the Federal Ministry of Health.

He added that the system would help bring issues of maternal and infant death in the country to the fore as well as the causes which would help provide preventive measures and solutions to the challenges.

The Advisor Rotary International, Kola Owoka, said the organisation has engaged in addressing issues on maternal health for 25 years, adding that it has also helped increase of contraceptives from three per cent to 27 per cent.

Mr. Owoka said that projects on quality assurance in obstetrics have also helped reduce maternal death by 50 per cent in health facilities, saying that causes of maternal death in Nigeria are preventable.

He listed some of the causes of maternal mortality to include eclampsia, post natal haemorrhage, infections as the leading causes of deaths in women during delivery.

He added that equipment for diagnosis and medications for eclampsia would be distributed to various hospital representatives to help stem the number of deaths recorded.

Head of Department, Gynaecology and Obstetrics, Usmanu Dan Fodio University Teaching Hospital, Sokoto Abubakar Panti, who is a participant at the event, applauded the organisation for such a laudable project.

Mr. Panti, professor, said the training was aimed at equipping participants by putting systems in place to help identify and detect avoidable mistakes that would help reduce maternal mortality and improve the outcome.

According to him, it is important that the federal government implements this project all across the country, because it will help various states identify peculiarities that are affecting maternal and infant mortality and such can be corrected.

Mr. Panti said that maternal and infant mortality at the Federal University Teaching Hospital, Sokoto, was low due to availability of manpower and specialties.

He, however, noted that the state hospital records more maternal mortality because of low manpower and specialities, adding that they are over burdened with patients due to the free services rendered at the centre.