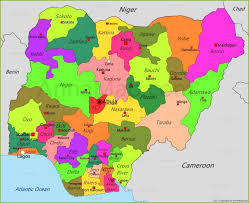 By News Investigators – A new report detailing names of 100 Global Thinkers of the last decade has been released with no Nigerian, living or dead, making the list.

The #BringBackOurGirls# campaign that drew the world attention to the abduction of 276 secondary school girls in 2014 in the Chibok community of Borno State, Nigeria also failed to make the list which also drawn from activism events.

The report published by the Foreign Policy, an American think-tank forum, in its recent edition marks the 10th annual special edition of Global Thinkers.

The list which includes the Prime Minister of Ethiopia, Abiy Ahmed, is categorized into world: Strongmen and leading influencers in defense and security, energy and climate, technology, economics and business, science and health, activism and arts among others.

“So this year we decided that there was no better way to explicate our current, wildly complex moment—and peer into the year ahead—than to focus once more on the thinkers and doers who had a profound impact on the planet in the last 12 months. The idea is not to honor do-gooders (though we feature plenty of them) but to shine a spotlight on some of the most influential people in the world—for better or worse,” Foreign Policy Editor, Jonathan Tepperman said of the report.

In his introduction Mr. Tepperman, noted that since this is the 10th anniversary of Global Thinkers, we decided to split this year’s list of 100 into 10 groups. To start things off, we singled out 10 nominees who—by our highly scientific calculations—have had the greatest impact on the past decade. After that are people 40 and under, followed by the most influential minds in the areas of defense and security, energy and climate, technology, economics and business, science and health, and activism and the arts.

The report added a category of Global Thinkers chosen through an online readers’ poll to accommodate wider participations.

“Since we’re sure that you will disagree with some of our inclusions and omissions, we added a category of Global Thinkers chosen through an online readers’ poll. And since so many amazing people died in 2018, we featured some of them as well, in a category we call “The Departed.”

“Of course, part of the fun of assembling a list such as this is the opportunity to ask its members questions and to ask other prominent thinkers to write about our Global Thinkers. Robert Kagan kicks things off by explaining why 2018 was the year of the strongman—and 2019 may be too. Asked what we should anticipate this year, Fareed Zakaria, who was first named a Global Thinker in 2009, responds with an essay describing how economics was the key to understanding the last several decades but can no longer play that role today. That’s not to say economists aren’t still important, of course.

They remain vital, which is why we turned to Douglas Irwin—who has recently emerged as one of the best interpreters of U.S. President Donald Trump’s expanding trade wars—to predict how those battles will play out in 2019. Meanwhile, the International Monetary Fund’s managing director, Christine Lagarde, who has been a Global Thinker many times over, looks at how well the world recovered from the Great Recession of a decade ago and what must be done to prevent another one.

One of the reasons economics can’t explain everything is because some problems defy our brains’ ability to fully comprehend them; we just can’t wrap our heads around them. Climate change is probably the best example of this phenomenon—which is why we asked an artist, the novelist Amitav Ghosh, to take it on. In an essay looking back at the chaos caused by the world’s last great climate shift—the Little Ice Age, which peaked between the 15th and 18th centuries—he tries to predict the kinds of ecological, social, and political upheavals we should prepare for. Other topics, of course, are best left to the experts.

So we turned to Gen. Stanley McChrystal, who led the U.S. military’s Joint Special Operations Command, to describe one of his nemeses: Qassem Suleimani, the head of Iran’s Quds Force and its chief Syria strategist. In a very different vein, Helen Clark, a past prime minister of New Zealand, details the many breakthroughs achieved by the current officeholder, Jacinda Ardern. Frank Mugisha, a Ugandan LGBT activist, reports on the international impact of Menaka Guruswamy’s successful fight to get India to overturn its gay sex ban. And Carlo Rovelli, the Italian-born theoretical physicist, presents a beautiful remembrance of his beloved colleague Stephen Hawking, who died in 2018.

We’ve all heard about the wisdom of crowds, but some crowds are wiser than others. Recognizing this, we surveyed our entire list of Global Thinkers to get their collective predictions about the biggest challenges looming this year. We also asked some of them for reading lists and others about what they plan to do next. Put it all together, and you get a compelling, complex picture of our world today—and an intriguing, expert view into what’s about to come,” Mr. Tepperman added.

Barack Obama Former President of the United States of America

The Women of the #MeToo Movement

Lu Wei Former director of the Cyberspace Administration of China

Yi Gang Governor of the People’s Bank of China

The last decade has been a rough one for democracy. Emboldened by the weakness and divisions in the West, authoritarian leaders around the world have refined a playbook for acquiring and consolidating power. The strategy goes something like this: appeal to nationalism, stoke fear and divide people into an “us” and a “them,” use that polarization to win an election (even if it’s just an internal party vote, as in China), and systematically undermine democratic rules and other procedural safeguards. And then repeat. Today, one can see those rules being honed and deployed in Vladimir Putin’s Russia, Rodrigo Duterte’s Philippines, Xi Jinping’s China, Recep Tayyip Erdogan’s Turkey, Viktor Orban’s Hungary, and even Donald Trump’s America. These strongmen—and they are all men—are finding strength in each other’s success and the lack of a coordinated pushback. Expect more aspiring authoritarians to follow in their stead.