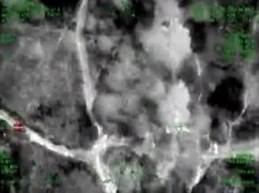 (News Investigators) /Nigeria has begun to apply drones and new technologies, which are known to be critical in modern warfare, to rout out the remnants of terror group Boko Haram in the country’s northeast region, Army Chief, Tukur Buratai has said.

Mr. Buratai, in a statement, said the army had recently utilized drones in surveillance and research, and that the process was effective in the execution of its operations against the dreaded Boko Haram group.

Likewise, he said even the army uniform is now technology-based and tagged in a way that it sends a signal when troops are in danger.

“Technology is playing important role in warfare and we are not left out,” the army chief said.

“We have in place a transformation and innovation department that is working on research and developments, not only on basic equipment but equally more scientific and technological facilities to enable us to carry out our operations,” Mr. Buratai said.

The Nigerian military has also deployed modern military hardware, rehabilitated office and house accommodation, clinics and executed viable projects for the improvement of the personnel’s welfare and boost their morale, according to Mr. Buratai.

According to him, the military would equally deploy modern scanning machines to check vehicular movements and enhance security on high ways in the northern part of the country.

Last month, the army claimed that Boko Haram had gone hi-tech, using drones and mercenaries, in attacking military formations in the northeast region.

Boko Haram has been trying since 2009 to establish an Islamic state in northeastern Nigeria, killing some 20,000 people and forcing displacement of millions of others.