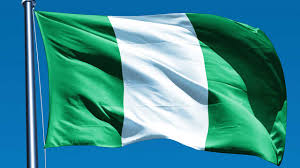 News Investigators/ The Federal Government has hailed Nigerians who actively participated in the creative submission of ideas for the Diamond Jubilee anniversary branding challenge.

Minister of Communications and Digital Economy, Isa Pqntami,xmade this known in a statement, on Thursday in Abuja.

Mr. Pantami said that as part of the government’s initiative of having an inclusive Diamond Jubilee Celebration, President Muhammadu Buhari on Wednesday launched and unveiled the anniversary logo that was earlier presented to the public virtually.

“It may be recalled that a Press Statement was released by the Diamond/Innovation/Change Challenge Sub-Committee of the Nigeria @60 Inter-Ministerial Committee, on Friday Sept. 4.

“It Called for the active participation of Nigerians in voting for the preferred logo as well as the design of the creative aspects of the event.

“We are pleased to note that many Nigerians contributed to the Challenge. Four Logos were made available to the public, on the Challenge Portal – https://nigeriaAt60.gov.ng.

Mr. Pantami added:“The Diamond Jubilee Logo, to be found on the Challenge Portal, depicts our togetherness, a country of approximately 200 million people whose natural talent, grit and passion glitter together like the precious diamond that we are.

“It is a clear illustration of the saying “we are only as strong as we are united, as weak as we are divided.”

He noted that Buhari, while unveiling the Anniversary Logo, appreciated Nigerians for their active participation and also reiterated government’s commitment in ensuring that citizens were actively involved in the development and implementation of its policies, programmes and projects.

“We want to also inform the general public, especially those who participated in the Challenge by submitting their entries for the Anniversary Slogan, Poem and Photograph, that selection process for these aspects of the Challenge is still ongoing.

“Results will be announced as soon as the process is completed. We thank Nigerians for making it possible to realise the goal of the Challenge.