MINNA/By Nuel Suji – Niger State Governor, Abubakar Sani Bello has warned that his administration will not tolerate any form of lawlessness and disregard to constituted authority, expressing his resolve to maintain peace across the state.

Mr. Bello gave this warning on Friday at a meeting with some stakeholders during a special Iftar session to round off this year’s Ramadan fasting at Justice Legbo Kutigi International Conference Center, Minna. 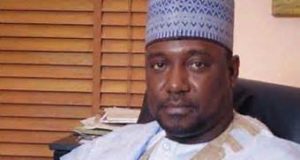 The Governor, in a statement by his Chief Press Secretary, Jibrin Baba Ndace expressed concern at the pockets of security challenges recently experienced in the state.

He said that his administration was committed to ensuring that the state sustain her status of a peaceful and secured state.

“Our state used to be peaceful. We are rated as one of the most peaceful states, but lately we are witnessing some security challenges that are threats to our status as a peaceful state.

Everybody must pay attention to what is happening in our environment. We must be swift in reporting any strange movement or activity to law enforcement agencies.

“We cannot make any progress as a people and as a state if we disregard law and order. We must consciously and deliberately obey the laws of the land and respect constituted authority for the evolution of a progressive people and society.

“We are not going to tolerate any act of lawlessness or fragrant disregard of the constituted authority by some few elements in our society.

We are noted for being peaceful and this administration is committed to making sure that we remain peaceful,” the governor assured.

He however said that the attainment of this resolve will grossly depend on conscious and concerted efforts by the people of the state to be law abiding and shun acts that are capable of breaking societal law and order.

The governor also called for the continued support and prayers of the people of the state for the economic turnaround for the country, for President Muhammadu Buhari’s quick recovery and return to the country as well as for his administration to succeed in her restoration agenda.

The Iftar session had in attendance leaders of the three arms of government in the state, political party leaders of the ruling and opposition parties, religious, traditional and labour leaders as well as heads of security agencies, top civil servants and eminent Nigerlites.