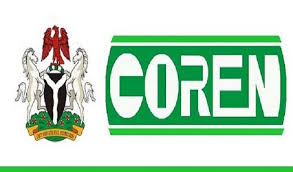 (News Investigators)/ President of the Council for Regulation of Engineering in Nigeria (COREN), Ali Rabiu, says the council has been empowered to tackle building collapses in the country with its just amended laws.

Mr. Rabiu said this in Abuja on Monday at a news conference organised by the council on its forthcoming 28th COREN Engineering Assembly scheduled for Aug. 19 to Aug.21.

President Muhammadu Buhari had on March 22 assented to the Engineers Registration Amendment Act 2018.

Mr. Rabiu said the amended laws would help the council to address holistically the issue of building collapses which was becoming embarrassing to the council and the nation in general.

He said the amendment had broadened the powers of the council with far reaching powers to sanction quacks and punish anyone committing infractions on engineering projects.

According to him, the amended law also empowers the council to ensure capacity building and monitoring of local content in the Nigerian engineering sector.

“Our new law has empowered us to go after quacks in the engineering profession; before now the law empowered us only to discipline or sanction engineers and practitioners who are on our register.

“The new law has, however, empowered us to not only punish engineers and practitioners who are on our register but any citizen committing infractions on engineering projects.

“We are working on the modality of implementing the law and as soon as we are through with that we will go to town, we will take appropriate measures on issues of building collapse,” he said.

Mr. Rabiu added that other powers given to the council included expanding the quality and scope of its regulations, increasing the number of council members and improving the sources of funds.

Others he said include strengthening administration and the practice as well as professional development of practitioners, and establishing an Engineering Regulation and Monitoring (ERM) Department within the council among others.

Mr. Rabiu stressed that the ERM would ensure effective monitoring of projects across the country and many regulations would be churned out by COREN to guide the way and manner infrastructure projects were being handled.

Registrar COREN, Joseph Odigure, a professor, said the council was collaborating with relevant agencies like Standard Organisation of Nigeria (SON) to have the enabling standards particularly for engineering infrastructure development.

Mr. Odigure said that the states ERM were now more robust than they used to be saying that the committee on the ERM from the states now had members from the state parastatals/agencies particularly in the ministry of works.

He said the membership also include the police, military, customs and other relevant personnel for each state to form their respective committees.

He said the ERM would now be all inclusive rather than just being a responsibility of COREN.

The theme for the forthcoming assembly is `Strategic Alliance amongst Engineering Professionals for Enhanced Opportunity’, and holding in Abuja.

The assembly is an annual event organised to update the knowledge of members of the engineering family and share ideas on emerging issues on the practice of engineering profession.