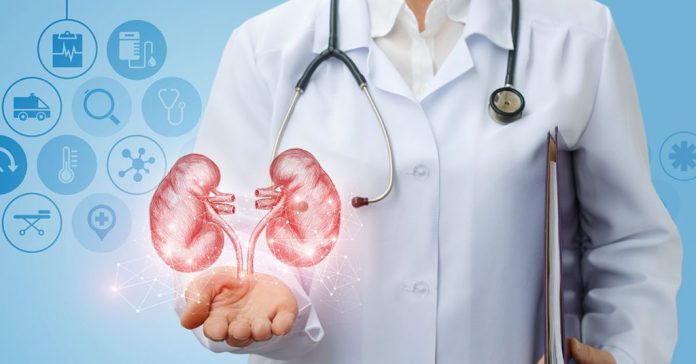 Mrs Amira, a professor who works at the Lagos University Teaching Hospital (LUTH), Idi-Araba, said this at a medical outreach at the Ojuelegba Under Bridge on Friday in celebration of the World Kidney Day.

The News Agency of Nigeria (NAN) reports that the medical outreach was organised by the Nephrology Unit, Department of Internal Medicine (LUTH), in collaboration with Philip Pharmaceuticals Nig. Ltd., Mega Life Sciences and Servier Pharmaceutical Company.

More than 350 people were medically screened to detect the possible risk factors that could cause kidney diseases among them.

She said that a lot of commercial drivers and others were fond of drinking herbal mixtures and concoctions regularly without going for medical checkups.

“Most importantly, we want to discourage the abuse of mixing analgesic drugs and alcohol for consumption which is also common among drivers.

“The common causes are high blood pressure, diabetes, use of herbal concoction, glomerular diseases, HIV and use of recreational drugs such as cocaine and marijuana.

“With this year’s theme: “Bridge the Knowledge Gap to Better Kidney Care”, it shows that there is a low knowledge and awareness on kidney diseases generally in the community.

“It demands we should come to the community to raise the awareness about the importance of the kidneys to the body, the common causes of kidney diseases and how to prevent it,’’ Amira said.

She said that they discovered that most people did not know anything about their kidneys but they know about their hearts, stomachs and other parts of their bodies.

“People are also not aware about how expensive it is to treat the disease, we want them to know that prevention is key because it is easier and cheaper to prevent kidney diseases.

Also, Rotimi Braimoh, a consultant nephrologist at LUTH, said that he wanted Nigerians to be aware of some common causes of kidney diseases and how they could be identified early.

“The acute kidney disease means that something has assaulted the kidney which resulted in injury but early identification or detection can save such.

“Chronic kidney disease is when the damage is ongoing gradually and unknowingly to the people ,when detected such kidneys are irreversible.

“World Kidney Day started in 2006 when it was noticed globally that the rate at which kidney diseases were affecting people was becoming alarming,” he said.

One of the beneficiaries, Uche Azumara, a commercial driver, said that the awareness programme and screening would help him to improve some of his adopted habit.

Mr Azumara said that right now, I know my health status with the test and the screening done by the organisers.

Also, a trader, Oluwayemisi Ayeni, said the free screening had provided an opportunity for many people in the community, who did not have financial capabilites to run such a test.

Mrs Ayeni said that the screening detected that she had high blood pressure, drugs were prescribed to improve her health and I was referred for further treatment in the hospital.

“Thanks to the organisers, we want more free medical checkups at the market community, especially, in this Ojuelegba area,” she said.