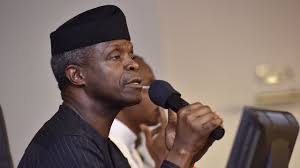 Governor Godwin Obaseki of Edo State disclosed this while briefing State House correspondents after the NEC meeting presided over by Vice President Yemi Osinbajo on Thursday at the Presidential Villa, Abuja.

He said that Governor Kayode Fayemi of Ekiti presented an update on NEC Ad-hoc Committee on Security and Policing.

“The update was presented by the Chairman, Nigeria Governors Forum, Gov. Fayemi.

“He noted that the Inspector General of Policy (IGP) has initiated the commencement of community policing and there is a plan to consider using N-Power beneficiaries and Youth Corps members as Police Officers in their Local Government Areas.’’

Obaseki said that an update was also presented by the Minister of Health, and other health officials.

He said that the minister noted that Aug. 21 marked exactly three years milestone without a case of Wild Polio Virus (WPV) in Nigeria.

According to him, with the update, Nigeria’s is making  progress towards certification as African region will commence a six months period of receiving the criteria for certification.

He said there was a need to improve the quality of the campaigns in order to stop the outbreak of the CVDPV2 and also a need for increased routine immunisation.

Obaseki said that the minister identified some challenges in the campaign.

“ Lack of release of counterpart funds by the Local Government Chairman is one of the key problems in achieving successful routine immunisation.

“Insecurity concerns in parts of the of country as the minister requested council to convey the meeting of the Presidential Task Force on Immunisation.

“Sustainability of political oversight by the political class.

“Establishment and re-activation of State Task Force on immunisations.

“Quarterly release of appropriated funds for Routine Immunisation and other Primary Health Care activities and timely release of funds by the States and LGAs for immunisation campaigns,’’ Obaseki quoted the minister as saying.