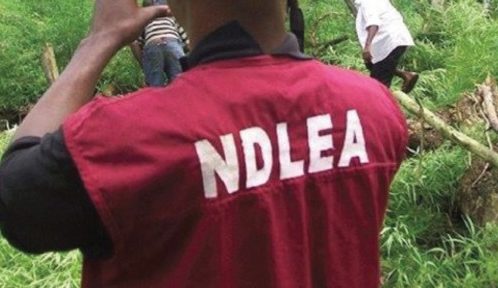 The agency also recovered 5.970 kilogrammes of assorted illicit drugs in the state.

The Commander of the agency, Hajiya Maryam Sani, stated this at a news conference in Dutse on Monday.

Mrs Sani said that the suspects were arrested at different times and locations during raids carried out by operatives of the agency between Sept. 27 and Oct. 10, across the 27 local government areas of the state.

The raids, she said, followed the directives of the Chairman of the agency, Brig.-Gen. Buba Marwa (rtd), to dislodge all suspected drug users joints across the country.

The commander said that the suspects comprised of security agents, civil servants, students and two females, while the seized drugs included psychotropic substances and cannabis.

Mrs Sani said that 90 per cent of the suspects were users, adding that they were counselled and released.

“The suspects are required to be reporting to our office for further counselling until when the command is satisfy with their conditions,” she said.

The commander reiterated the commitment of the command to rid the state of illicit drugs in furtherance of its drive to build a drug free society. (NAN)