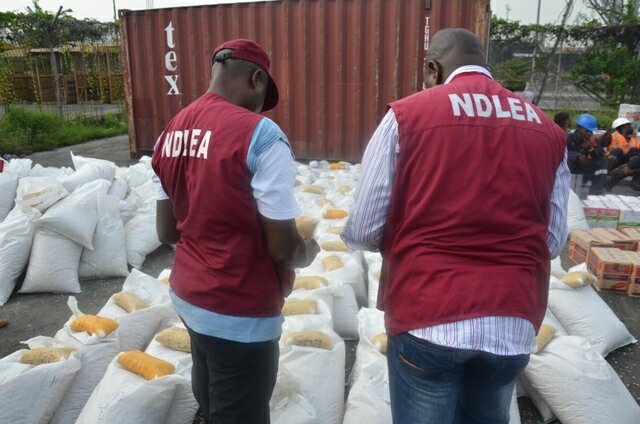 News Investigators/ The National Drug Law Enforcement Agency (NDLEA) has recorded a total arrest of 130 suspects in Kaduna State in October while in possession of illicit drugs weighing 1,728.536kg.

Seven of those arrested are female.

NDLEA Commander in the state, Umar Adoro told the News Agency of Nigeria (NAN) on Wednesday in Kaduna that the agency also dismantled 20 notorious drug joints.

Mr Adoro said the agency also conducted sensitisation programmes in secondary schools in Kafanchan, Kaduna and Zaria, among other towns and cities.

He appealed to residents for timely and useful information on illicit drug dealers, to enable the agency to take prompt action.

He also advised parents and guardians to always be watchful over their wards and the companied that they keep.

Mr Adoro reiterated the agency’s commitment to the war against drug trafficking and consumption. (NAN)