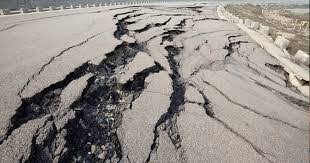 ABUJA(News Investigators) / Multiple boreholes and the daily extraction of 330,000 metric tonnes of water have been blamed for the tremor that shook some parts of the Federal Capital Territory (FCT) between September 5 and 8, the panel mandated to look into the matter has said in its report.

The Presidential Committee also predicted the possibility of more tremors in the country unless the indiscriminate sinking of boreholes was controlled. 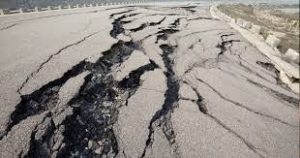 Speaking at the submission of the committee’s report to the Minister of Science and Technology, Dr. Ogbonnaya Onu in Abuja, Mohammed added that water extraction and recharge imbalance from aquifer was causing hydrogeological instability along the fractures of Abuja.

The imbalance, he noted, was further caused by about 330,000 metric tonnes of water extracted daily from Abuja boreholes.

His words: “The latest occurred in September 7th of 2018 in Abuja with Mpape as epicenter. Though these earthquakes may have been of low-magnitudes, it is now certain that earthquake occurrence has become a potential hazard to the nation.

“The report of the geological, hydrogeological and geotechnical investigations carried out in 1978 by Julius Berger for Abuja identified Mpape as a Shear zone that is weak with several fractures and fault system.

“Water extraction and recharge imbalance from aquifer is causing hydrogeological instability along the fractures. Currently, there are a 110,000 boreholes within Abuja metropolis with about 330, 000 metric tonnes of water extracted daily. This is not sustainable.

“In the light of the above, the spots and locations identified and considered as earthquake prone areas in Abuja in particular, and Nigeria in general, need to be further studied and continuously monitored. There is also the need to carry out detailed vulnerability studies of the identified seismic hotspots in Nigeria.

“There is the need to regulate the exploitation of ground water resources of Abuja Via indiscriminate sinking of boreholes because this has been the primary reason for the stress build up leading to the Abuja tremors of 5th-7th September, 2018.

“Government should release fund for the training of geophysicist, geologists, engineers, technologists and researchers to participate in earth science research, in order to improve our understanding of Nigerian and West African geophysics and tectonics dynamism. We emphasize that this research has crucial societal ‘value as it is evident in earthquake hazard readiness and mitigation.”

The minister said the committee would continue its research after the submission. He urged the Nigerian Building and Road Research Institute (NBRRI) to develop seismic building code that can resist tremors in future