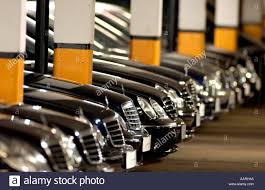 By Dipo Awojobi – The Coalition Against Corrupt Leaders, CACOL has condemned the purchase of vehicles by members of the House Of Representatives, describing it as a show of insensitivity to the current economic plight of Nigerians.

According to reports, 360 units of Peugeot 508 series are to be delivered to the House in batches that would amount to the sum of N3.6bn. The reports further suggests about 28 cars of the 50 making up the first batch have been delivered to the legislative body.

The Executive Chairman of CACOL, Mr. Debo Adeniran, described the acquisition of cars by the parliament as an insensitive given the parlous state of the economy of the country.

He said, “the government in its entirety is often guilty of insensitivity to the living conditions of the vast majority of Nigerians. There is a regular disconnect that makes it seem like the government is ignorant and unperturbed by the standard of living of many Nigerians.

“Given the current economic conditions of the country, much emphasis should have been placed on debating our way out of this unfortunate phenomenon called recession. But what we have are a bunch of shallow and self-centred individuals doing a comparative cost analysis on their own comfort and forgetting the interests of those they ought to be representing.”

“From reports, each car would cost N10m and the House already allocated for them in the 2016 budget. It should be noted that 223 out of the 360 members of the House are new members having been elected in the general polls of 2015. Hence, all members would be a beneficiary of this costly legislative scheme.”

Continuing, Adeniran posited that “the procurement of this set of vehicles was not prompted out of necessity but it was barely necessitated by the prevailing trend of misplacing priorities that is often affiliated with our government.

“In this alarming economic conditions we are all witnessing, the focus should be on cutting down the cost of governance and finding out ways which monies like this could be used to boost the declining industries in the country. The members of the legislative body of the country should realise that Nigerians didn’t vote them into power to allocate wealth to themselves so that they can live as prince and princesses while the majority of Nigerians wallow in poverty and barely surviving on a dollar per day.”

The anti-corruption crusader further stated that “it is heart rending to see these law makers never hesitate when deliberating on how much money they allocate for themselves but when it comes to issues of national importance that could change the lives of Nigerians for good, they often start playing the political and the ethno-religious cards.”

Adeniran concluded stating emphatically that “If the government wants Nigerians to tighten their belts as is often preached then it should start with the government officials. We can no longer condone this house of wastage.”