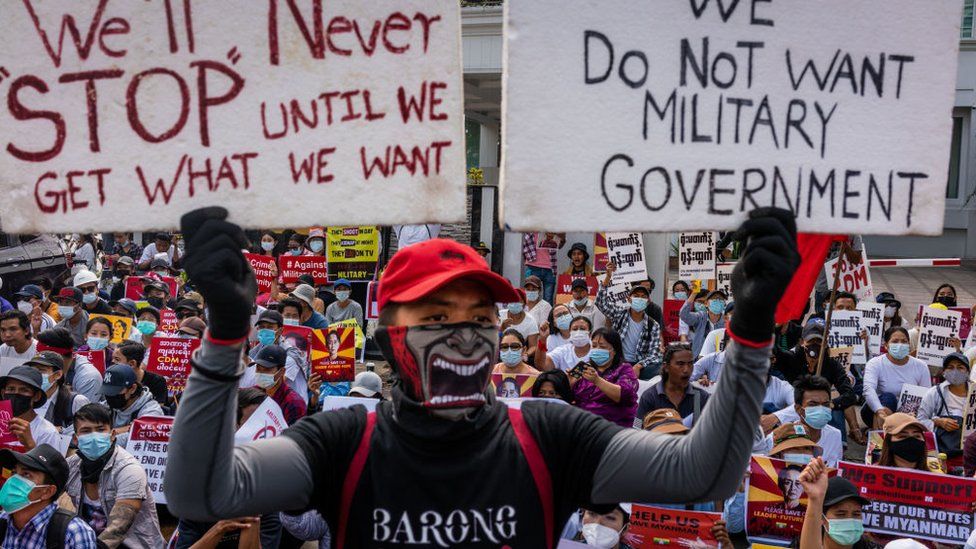 News Investigators/ People across Myanmar boycotted celebrations of new year, the country’s most important festival, to show their opposition to the military junta and deadly suppression of demonstrations against the coup.

The celebration of the Thingyan festival was due to begin on Tuesday and continue until Friday, and was usually marked by a colourful festival where people splash each other with vessels of water, attracting tourists from around the world.

Last week, however, young activists opposing the junta called on the populace to boycott the festival in a show of respect for those killed in the military’s violent crackdown on protests and a sign of continuing opposition to the February coup.

Since the military toppled the civilian government and put de facto leader Aung San Suu Kyi under house arrest, people have been protesting almost daily in spite of brutal crackdown.

According to the non-profit Assistance Association for Political Prisoners (AAPP), at least 701 people have been killed by the security forces.

On Tuesday, people throughout Myanmar instead carried traditional pots emblazoned with slogans and symbols opposing the regime, and placed them near roads and in other public places, as a sign of respect to those who have died.

“I love Thingyan very much and we did not enjoy it last year because of COVID-19.

But this year, this junta coup is worse than COVID.

They killed many civilians and the children so we should not be happy,’’ Min Sawa, a young protester from Insein township in Yangon, told dpa.

He said he had taken part in the morning’s protest and had carried a traditional pot.

Others shared their anger online using the hashtag #RevolutionaryThingyan.

Protesters called for Suu Kyi to be reinstated, but the military has cracked down on the ongoing demonstrations, using live ammunition.

Some 3,000 people have been detained, according to AAPP, with reports of torture. (dpa/NAN)