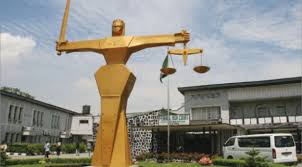 News Investigators/ A middle aged man, Ike Ifeanyi, on Friday told a Makurdi Upper Area Court in Benue that his wife, Lovina, had him arrested for stealing her underwear.

In his divorce petition, Mr. Ifeanyi , said that his wife was ill-tempered and too petty.

”I married Lovina in 2019 under the Traditional Native Laws and Customs of the Igbo people of Imo.

”I included my father in-law in the matter because I want him to refund the N95, 000 bride price.

”I am no longer interested in the marriage. The last straw for me that finally shattered my marital union with my wife is when I discovered that she secretly terminated a pregnancy,” he alleged.

The Judge, Mrs Dooshima Ikpambese, adjourned the case until Dec. 6 for Lovina to open her defence. nan