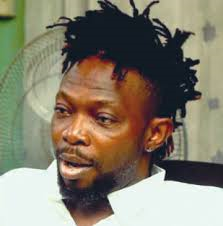 By Dipo Awojobi – The funeral rites for late music producer, Babatunde Okungbowa otherwise known as OJB Jezreel, have been released by his family.

OJB breathed his last on Tuesday, June 14, 2016 after he went into a relapse. He had undergone kidney transplant in India in 2013.

According to the burial arrangements released and signed on behalf of his family by one Apostle Albert Okungbowa, a candle light procession will hold on Monday, July 4, 2016, by 5pm and the kick off point is at the deceased’s residence at 4, Gbaja street, Surulere, Lagos.

On Thursday, July 7, 2016, a wake keeping/Service of songs/Tribute would take place at Ojez Restaurant, National Stadium, Surulere by 5pm, while on Friday, July 8, 2016, there would be lying in state at his residence from 7am – 8am.

On the same day, at 9am, a funeral service would take place at the Redeemed Christian Church of God, Grace Chapel at 129, Ogunlana Drive Surulere, Lagos, while the burial holds at the Ikoyi Cemetery, Ikoyi after the church service.

OJB Jezreel, before his death, was preparing for his 50th birthday slated for July 4, 2016, in Lagos.