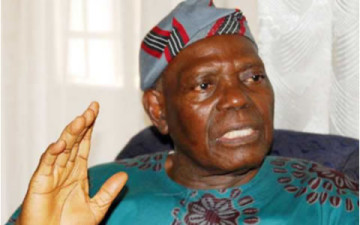 The All Progressive Congress APC has issued an ultimatum to the Independent National Electoral Commission (INEC) demanding the prosecution of the governorship candidate of the All Progressive Grand Alliance APGA, Mr. Maduabuchi Obiano over allegation of multiple voter’s registration.

APC’s lawyer, Mr. Festus Keyamo in a letter to INEC, gave a 24-hour ultimatum for the commission to begin prosecution of the APGA guber candidate failure for which APC would apply for Mandamus to compel INEC to do so.

The letter read: “We hereby give the Commission a 24-hour ultimatum to commence the process of prosecution of the said “Obiano, Maduabuchi Willie” failing which we shall on behalf of our client apply for Mandamus to compel the Commission to carry out its statutory duty.”

According to APC, the Commission had at different times assured Nigerians of its readiness to prosecute some unscrupulous persons who were found to have indulged in multiple registrations as voters.

“We refer to a statement credited to the INEC National Commissioner for Election Monitoring, Dr. Ishmael Igbani, who said late October that the Commission had “detected 93,526 multiple registration cases in Anambra State ahead of the November 16 governorship election,” it stated.

Adding that INEC Resident Electoral Commissioner in Anambra State, Prof. Chukwuemeka Onukogu had last August assured that the Commission would prosecute 72 out of some 93,526 cases of multiple registrations recorded in 2011 in Anambra, saying that the move would serve as a deterrent to other intending electoral offenders in the state,’ the party said. We have their names, pictures, addresses and gradually all of them will be caught and prosecuted but we are starting with 72 persons. The state police command had been notified,” APC quoted INEC as saying.

The party however observed that, “till date, no single person has been arraigned or prosecuted by your Commission. This has emboldened more persons-including the subject of this complaint – to engage in this unwholesome criminal act.

“Accordingly, there is a case presently in the said Anambra State that puts your Commission’s resolve to test. This is the case of one “Obiano, Maduabuchi Willie,” a voter registered at Otuocha Ward 1, Polling Unit 004, Eri Primary School 1 of Anambra East Local Government Area. From the Voters’ Register made available to all the political parties including our client, the said “Obiano, Maduabuchi Willie” was issued a Voter Identification Number (VIN) 90F5B12B88377091121 at 2:18 pm on August 21, 2013,” APC alleged

APC said in the letter that it was now public knowledge that the said “Obiano, Maduabuchi Willie” had earlier registered at Ifako/Soluyi Ward 2, Polling Unit 060 – Junction of Ramot Oluwakemi Street, Kosofe Local Government Area of Lagos State while his Voter Identification Number (VIN) is 90F5B12B01296204172 and his serial number on the Voters’ Register is 416.

“It is noteworthy that this matter is already in the public sphere. Further, your Kayode Idowu alluded that the Commission is already aware of this egregious breach of the Electoral Act 2010 (as amended), but is reluctant to prosecute the suspect,” it stated.