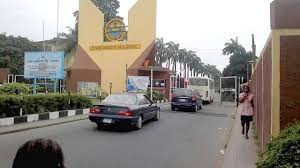 By Dipo Awojobi – Mother of the University of Lagos (Unilag)’s first class graduate, Miss Taiwo Bankole has appealed to States and federal governments to come to the aid of indigent parents whose children are brilliant through scholarships to assist in their academic pursuit. 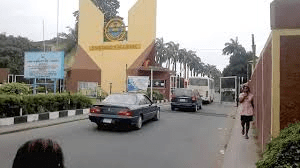 Mrs Patricia Bankole, a staff of the Lagos State House of Assembly of the department of Public Affairs made the plea in an interview with newsmen at the Assembly complex, Alausa Ikeja.
Mrs Bankole disclosed that the feat recorded by her daughter, Taiwo was not a surprise to her, saying she had always been very studious.
She explained that Taiwo had been having exceptional results since her primary school days up to the time she graduated from secondary school.
According to her, “My daughter would hardly have time for social engagements. She read a lot, to the point that, as parents, we sometimes complained.
“So, it didn’t come as a surprise to us (parents) when we got the report of her having first class with 5.00 CGPA. It was a result of hardwork, focus and dedication.
“I want to appeal to governments at all levels to come to the aid of parents whose children are genuises but are poor. By so doing, such students would not have their talents buried uselessly.
“I’m also appealing to governments to aid the process through which such graduating students will get jobs,” Taiwo’s mother said.
The Vice-Chancellor of the University of Lagos, Prof. Rahamon Bello, had disclosed during the institution’s 49th convocation ceremony that a total of 231 students graduated with first class.
The VC added that out of this figure, two of them had a Cumulative Grade Point Average of 5.00.
The graduating students with 5.00 according to the VC are Miss Taiwo Bankole and Miss Oyindamola Omotuyi, who graduated from the Department of Cell Biology and Genetics and the Department of Systems Engineering respectively.
Professor Bello said that the Department of Engineering tops the list with 46 first class graduating students.
Rahamon said the number of students graduating with first class degrees was a reflection of the rigorous system of admission in the university.
“We don’t manipulate scores and results are tabulated by machines. So, the human element has been removed. Before you graduate, about 15 lecturers would have taught you across departments. Your result will reflect how much energy you put into it.
“I must also say that UNILAG has the most qualitative students in terms of admission. We had one perfect score last year and we are having two of them this year. You could trace their feats right from 100 level till they graduated,’’ he said.
Bello said while 6,900 graduands would receive first degrees or diplomas, 5,717 graduands would bag postgraduate degrees.
He added that 1,705 students would graduate in the Second Class Upper Division; 2,972 in the Second Class Lower Division; 1,372 in the Third Class Division and another batch of 103 would graduate with Pass degrees.