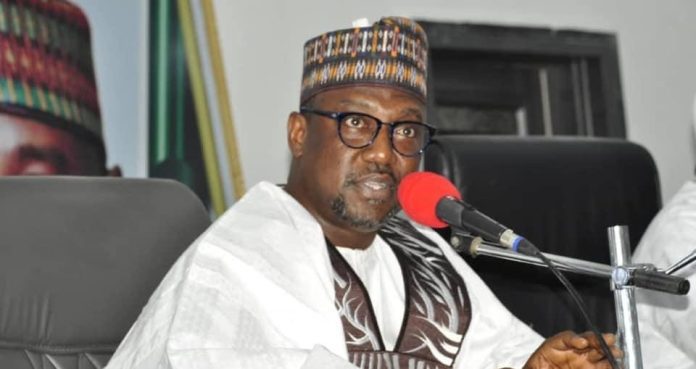 News Investigators/ The governor of Niger State, Abubakar Bello has denied taking over the leadership of the All Progressives Congress (APC) Caretaker and Extra-ordinary Convention Planning Committee (CECPC), creating further confusion even as he presided over the organ’s official meeting Monday.

The confusion around APC CECPC leadership came to a head when Mr Bello claimed he has been acting as chairman for awhile.

The Niger state governor who spoke with newsmen shortly after heading a meeting of the APC CECPC at the party’s national secretariat in Abuja on Monday, said he has not taken over leadership.

However, it was not clear how Mr Bello who led a meeting with APC State Chairmen and inaugurated some newly elected State Chairmen became an acting chairman of the ruling party.

According to him, “The States Chairmen took their oath of office today and we discussed progress made so far on the forthcoming National Convention and what needs to be done next so that we will achieve the March 26 date for the convention,” he said.

When asked in what capacity he presided over the meetings, Mr Bello said:” I have been acting for a while since the chairman (Buni) traveled”.

There have been speculations that President Muhammad Buhari had directed the sacking of Mai Mala Buni as chairman of APC CECPC and the taken over by Mr Bello as chairman.

Prior to the meeting, there was palpable tension at the party national secretariat in the early hours of monday with armed securitymen cordoning off the area.

The meeting was attended by all members of the committee including the Secretary, Sen. John Akpanudoedehe, Women representative, Stella Okotete, Youth Leader, Ismail Ahmed and David Lyon.