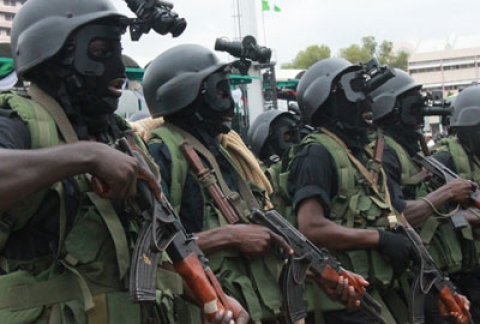 President Goodluck Jonathan has assured the nation that security agencies are on alert to secure the release of the abducted school girls from Government Secondary Schools, Chibok, Borno State, northeast Nigeria.

Jonathan gave the assurance when he met with a delegation of 21 Senators who sought an audience with him in Aso Rock Wednesday night over the fate of the over 200 school girls still in Boko Haram custody.

Senator Ojudu  told Newsinvestigators that the delegation intimated the President with the mood of the nation, telling him that Nigerians are not happy that the girls have been rescued and that there seems to be no particular response from the federal government.

According to him, the meeting was a frank one where members of the delegate conveyed the fears of the people over the matter to the president.

Senator Ojudu stated further that the President also expressed sadness at the abduction of the girls and as a parent himself, he equally felt the pains of the parents and relatives of the abducted girls.

“The President assured that all security agencies have been put on alert while every step is being taken to ensure that all the girls are not only rescued but also returned safe and sound to their parents,” Senator Ojudu

He stated further that members of the delegation impressed it on the President of the need to inform the public the steps being taken to rescue the abducted girls noting the seeming silence on the part of the government is creating anger in the country with most Nigerians seeing the government as being insensitive to the plight of the girls.