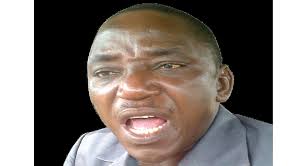 A ministerial nominee, Comrad Solomon Dalung, has vowed to resist any temptation and corruption tendencies associated with public office in Nigeria, saying, he is ready to wage war against it. 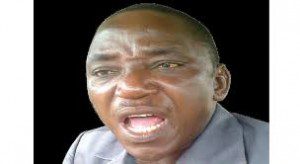 Dalung, who is expected to appear before the Senate for questioning and possible confirmation today said he has held public office office before at another level and so familiar with the enormous trust associated.

A statement by Francis John, on behalf APC USA sent to News Investigators quoted Dalung as saying: “This call to selfless service is not the first time but certainly not at this level. I had held public office before and so familiar with the enormous trust associated therein.

“There is no doubt that power corrupts and absolute power corrupts absolutely, however I am determined to wage war with anything that will corrupt my conscience and distract my focus from remaining Solomon Dalung. I believe that nothing has changed except that more responsibilities has been added to me.

“The screening of ministerial nominees started yesterday but I will be featuring today, which will mark the journey into life of public responsibility and the attendant burden.

He said he is committed to serving the interest of the masses especially, the poor. “They are my sentiments because God love them that is why he created them in large numbers. I am committed to stand for them, defend their course, speak for them and live my life for them. In a society like ours where equity, justice and fairness are uncommon then the status of the poor can be imagined.

He also pledged to be guided by God in discharging his responsibility to the nation.

“I rededicated myself to God for wisdom and knowledge to do justice to all manner of people without fear or favor. I thank God for this unmerited favor and I am grateful to the President for finding me worthy. To Nigerians, all I require is your prayers and proper guidance. I should not be misled into taking bad decisions rather be guided to do what is right. Even though there is some comfort associated with privileges of office, it should not turn me into anything different. My ambition is to give the less privileged hope, confidence and leadership direction. Therefore, I will prefer to be remembered in that capacity when I finally bow out.

“As I appear before the Senate for confirmation, all I demand from you is the usual support and prayers. I dedicate this opportunity to the common people of Nigeria. May God guide me to discharge this burden of leadership reposed on me”.

The entire membership of APC USA International Secretariat are proud to be associated with Comrade Solomon Dalung.