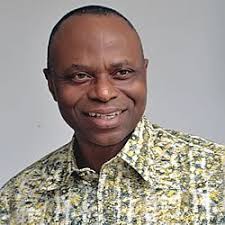 Former governor of Ondo state, Dr.  Olusegun Mimiko and his Chief of staff, Chief Kola Ademujimi, emerged as the National delegates representing the Ondo West and Idanre local government area of the state respectively, to the Peoples Democratic Party (PDP) National Convention billed for Abuja between December 9 and 10, 2017.

The election which took place in  the party secretariats across the State. In Idanre,  all the three delegates each from the ten wards and the local government executive members of the Party elected  Dr.Ademujimi as the local government representative at the Abuja National Convention.

The election which was conducted under peaceful atmosphere was witnessed by the former commissioner for Information in the state, Hon. Kayode Akinmade, Taye Akinyele and the former Chairman of the local government, Hon. Marcus Adeoti.

Speaking after the election, Ademujimi commended the delegates for their display of maturity and sense of duty during the election.

He promised to give quality representation to the people at the National Convention coming up in December saying there is no victor or vanquish in the election.

Ademujimi will be one of the delegates to vote for a new PDP National Chairman that will emerge on December 9, 2017 at the party’s National Convention Scheduled to hold in Abuja.

The National Chairmanship slot for the party has been zoned to the South, which comprises of South-West, South- South and South-East.